At the European TIFO scene, Rapida's southern front of the Rapida fans is one of the most impressive in Europe.

The Ultras Rapid fan club celebrated the 30th birthday party on the weekend, and was hosted by Wacker at Allianz Stadium. This was a great opportunity for the most supportive of the Vienna club to make a memorable spectacle, and it can be said that they really had an extremely rich repertoire.

A couple of choreographies, words, flags, torches … All this could be seen on the Vienna Stadium, which looks beautiful in itself.

Rapida fans were also happy to leave the standings because their club celebrated at 2: 1. 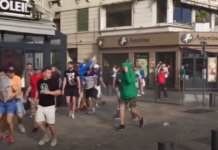 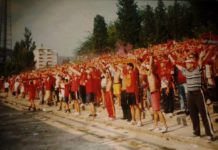