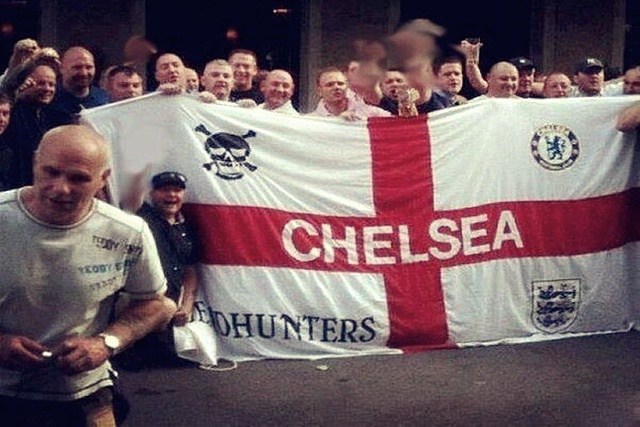 CHELSEA HEADHUNTERS
And it started in the shed..

The Chelsea Headhunters originally started as the ‘Chelsea Shed boys’. their roots can be traced to the late 1960s, when football hooliganism was in its infancy. Along with West Ham’s ‘Mile End Mob’ the headhunters were one of the original Football Firms in England. Led by Danny ‘Eccles’ Harkins it ran alongside with the Skinhead movement at the time which saw a new breed of youth on the terraces who were prepared to fight anybody and everybody. However the Skinhead connection to the Firm did not go hand in hand with the racism that would categorise the Chelsea Headhunters from the late 1970s onwards. The Shed boys had a number of Black Skinheads in their ranks including the infamous ‘One armed Babs’, however despite this it was always a predominantly white Hooligan Firm. In the 1970s the turning point came for the Firm in terms of race relations when the national front gained prominence. 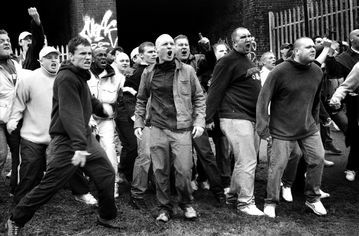 Police footage of headhunters punch up
Since that point there was widespread racism amongst the gang and links to various white supremacist organisations, such as Combat 18 and the National Front, and to Northern Irish loyalist paramilitary organisations, such as the Ulster Defence Association and Ulster Volunteer Force.

Between 1997-99 The Chelsea Headhunters were infiltrated by investigative reporter Donal MacIntyre for a documentary screened on the BBC in which MacIntyre posed as a wannabe-member of the Chelsea Headhunters. He had a Chelsea tattoo applied to himself for authenticity, although the headhunters were surprised he chose the hated “Millwall lion” badge rather than the classic 1960s upright lion badge. He confirmed the right wing elements in the Headhunters and their links to Combat 18, including one top-ranking member who had been imprisoned on one occasion for possession of material related to the Ku Klux Klan. The program led to several convictions and multiple arrests. One Headhunter, Jason Marriner, who was convicted and sent to prison as a result of the show, has since written a book claiming to have been set up by MacIntyre and the BBC. He claims that footage was edited and manipulated, and ‘incidents’ were manufactured and they were convicted despite having no footage of them committing crimes.
Nick Love’s film The Football Factory presented the Headhunters in a fictionalized account. The film focuses mainly on the firm’s violent rivalry with the Millwall Bushwackers.
Famous moments..
Kevin Whitton, a high-profile member of the firm, was sentenced to life imprisonment on 8 November 1985 for violent assault after being found guilty of involvement in an attack on a pub on Kings Road, which was described as being some of the worst incidents of football hooliganism ever witnessed in England. After Chelsea lost a match, Whitton and other hooligans stormed into the pub, chanting “War! War! War!”. When they left a few minutes later, with one of them shouting, “You bloody Americans! Coming here taking our jobs”, the bar’s American manager, 29-year-old Neil Hansen, was lying on the floor, close to death. Whitton’s sentence was cut to three years on appeal on 19 May 1986. The fan responsible for the actual assault,Wandsworth man Terence Matthews (aged 25 at the time), was arrested shortly after Whitton’s conviction and remanded in custody await trial. He was found guilty of taking part in the violence on 13 October 1986 and sentenced to four years in prison.

A more recent incident involving the Headhunters occurred on 13 February 2010, when members of the firm clashed with the Cardiff City Soul Crew at the FA Cup fifth-round tie at Stamford Bridge. On 25 March 2011, 24 people were convicted of taking part in the violence, which resulted in several people being injured (including a police officer whose jaw was broken) at Isleworth Crown Court. All of those convicted received banning orders from all football grounds in England and Wales ranging from three years to eight years. Eighteen of them received prison sentences of up to two years. 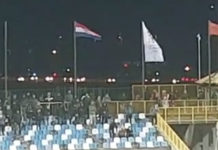 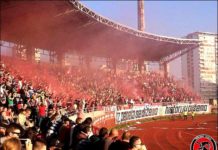