Until 1977, there were various groups of fans on the tribune of the fans of Rome, known as CURVA SUD, and their composition consisted mainly of the guys from the same settlements, but the teams differed widely in the organization. There were groups “Fossa dei Lupi”, “Pantere Giallorosse”, “Panthers”, and the two most famous, “Boys” and “Fedayn”.

Following the example of ultra-movement pioneers, more precisely the first united group (FDL-Milan, UTC-Doria, UG-Turin), a Commando Ultra ‘Curva Sud group, composed of the above-mentioned united groups, was formed at the match against Sampdoria on January 9, which existed before the unification. 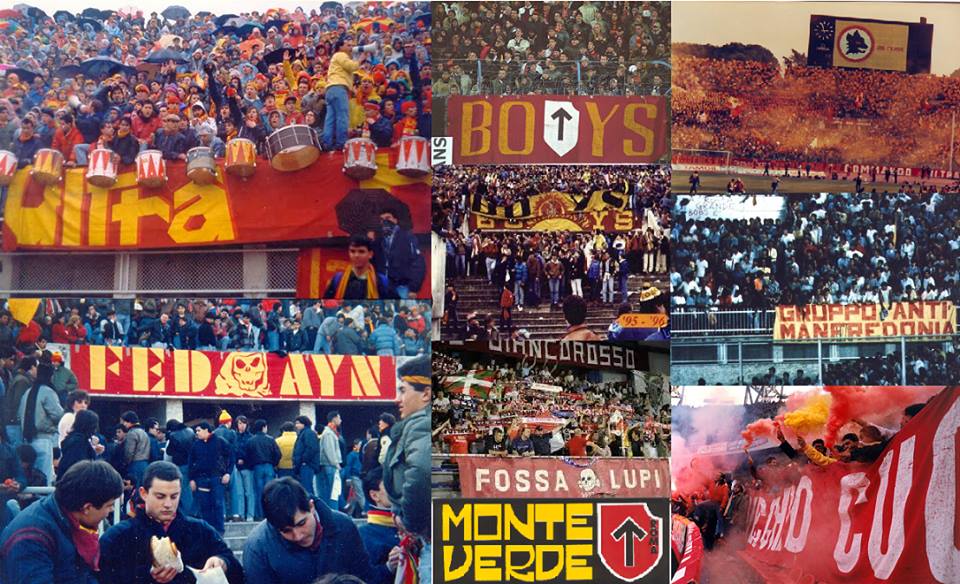 The newly formed group favored Roma in all games, under the leadership of their first leader, a certain Geppa, and had their own parole – With heart to the south, with a stick to the north.

Commando Ultra ‘Curva Court did not maintain absolutely any contacts with the AS Roma, however, as they themselves emphasize, then there were other times in football. In 1987, there were first disagreements between the Commando Ultra Curva Sud members, as they all objected to the purchase of Manfredonia, a man who openly said that Lazial was, and therefore, unwelcome in the camp of the town rivals, more precisely his fans.
At the match against Ascoli in 1987, the word “Viola, do not buy Manfredonia …!”

Of course, Viola parole did not listen to, buy Manfredonia, which automatically results in the part of the Commando Ultra ‘Curva Sud detaching, so the group breaks into two fractions, i.e. to the part of the group that accepted Manfredonia, and to the other part, which does not accept it.
Against Manfredonia, they were practically the founders of the Commando Ultra Curva Sud Group, and they are now called by G.A.M (Gruppo anti Manfredonia), while the other part, which considered Manfredoni to become part of Rome, has no use whatsoever to call it. This team, which has to be emphasized, was in a large minority, was called “Vecchio CUCS”.
On September 3, 1987, on the match of the Roma match – Genoa, CUSC GAM caught the parochial “The Innocent, remove that jersey”, which was a sufficient reason for the Vecchio CUCS to attack the GAM, a huge tide came out. That was the moment when modern football started today to rule Italy … .. some things that had previously been unthinkable began.

Already starting to return to their parent groups, Fedyan, Boys are re-separated, while the two crippled factions, G.A.M and Vecchio, clash over the registration and the original group name.

Manfredoni, the player who caused major problems at CURVI SUD, is soon quitting with active playing, however, he has no share in individuals in G.A.M, while their most radical part is separated and the Opposite Faction is formed.
A newly formed fraction avoids any contact with groups in the south, justifying that others have issued the ideals of ultras. In time, politics increasingly enters into groups, many become right-oriented, and this breaks away from the ideals of old ultras, which policy was not important, so that they become unsuitable. In the 93/94 season, there is a slight shift, when individuals from GAM decided to unite with Vecchio CUCS.

However, in the 1999/2000 season, a lot of things are changing, something new is being created, a group called AS ROMA ULTRAS is being created. The cheering of the group is still ongoing, and in the last few seasons they managed to consolidate the shaky unity of the Curve Sud, which we witnessed ourselves, a lot of teams, old and new, now united, of course, the teams still retained their old names. As I said, they are still cheerful, they work, so it's safe to talk about that team in a couple of years.

Features: During the 1999/2000 season. ASR Ultras Group became the leader of the South
tribine. These changes have contributed to other groups of Romanians (Fedayn,
Fazione, Boys, Fegati Spappolati) are unsuccessful
CUCS was fully supported by ASR Ultras. ASR Ultras are in for
spontaneous winding movement, with lots of freedom, interesting flags, slogans, small ones
barbarians … Supporters are national right. For several years running the forum
managed to create a modern forum fairly traditional. 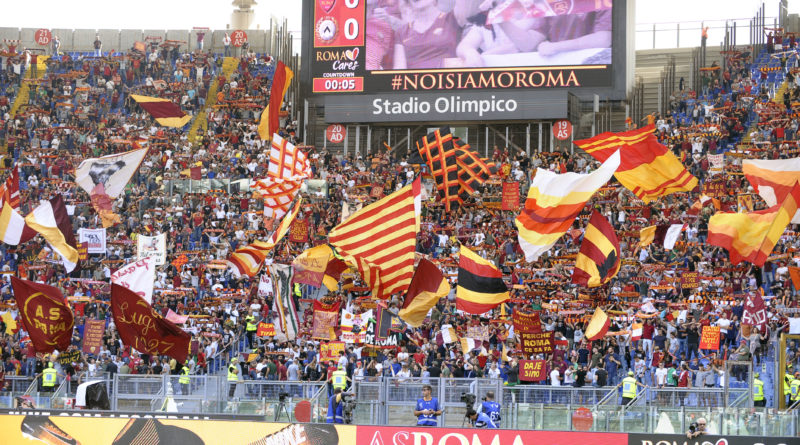 other groups: COMMANDO ULTRA ‘CURVA SUD (C.U.C.S.)
They were founded in 1977 by unification of the group Guerriglieri della curva sud (1967), Pantera, Boys,
Fedayn, Fossa dei Lupi …
symbol: lightning
Number: 3000 members
Features: In a short time they have become an extremely important and strong group on the reels scene.
They have always traveled in large numbers (on visits always with transparency
ULTRA ‘ROMA), were also known for many incidents. On the city
Derby 79. One missile fired from the south was executed by Vincent Paparelli,
fans of Lazio. After this incident, a prohibition on expulsion was made
banners with the inscription CUCS and ULTRA ‘ROMA, which was in effect all
to 83/84. On the occasion of this tragic event, the public apology to Latsiali has arrived
only in 1999 when the ASR Ultras highlighted a vapor # In addition to the colors we are also seeing
Paparelli #.

There are also rioting in Inter-Roma 81/82. when it's in a fight
a knife was stabbed by 12 Romanians, and one fan of Inter was dropped from the upper level
San Sira.
-For the CUCS, the first problems arise in 1987. The reason is the arrival of Manfredonia,
former captain of Lacia in Rome. Major part of the founders of CUCS is against the performance
Manfredonia for Roma, and they declare themselves as CUCS G.A.M. (Gruppo Anti
Manfredonia). The smaller part of the founders is separated and formed by the Vecchio CUCS. Because of
These and other problems of the Fedayn and Boys group are separated and decided to reappear
they act independently. In recent years, the group has not been as strong as before and with
active in 1999
– During the seventies and eighties, CUCS members sympathized with the left, and
The last years were mostly apolitical.
FEDAYN
Founded: 1972.
symbol: dead head with hood
Number: 100 members
characteristics: The group consists of Romanians from Quadraro City Quarter. Vases for Exceptional
militant and delinquent group, their motto in the seventies was
# Shut up everything that is not yellow-red! # The founder of the group was Robert Rulli,
the famous person of the southern tribune. In a sign of remembering and obeying him, it was made
transparent Brigata Roberto Rulli. Fedayn has always been the most appreciated group
Romanist – a group with its identity, tradition …
BOYS
Founded: 1972.
symbol: sun, mac, lupine (figure from the cartoon)
Number: 1800 members
characteristics: The Boys-Le Furie Giallorosse group was formed in 1972 by a group of young men from the bourgeois
the family, with the sympathy of the right … The group was on the northern platform, a social position
its members enabled them to fund themselves and possess the rewarding props (flags,
drums, megaphones …). In 1977, the group moved to the southern forum and joined the founding
CUCS. Since 1984, the group has acted independently, the group's mentality is not in many respects
changed from its founding – Boys are certainly the biggest right-wingers and neo-fascists at the southern tribune. 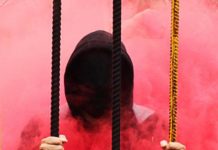 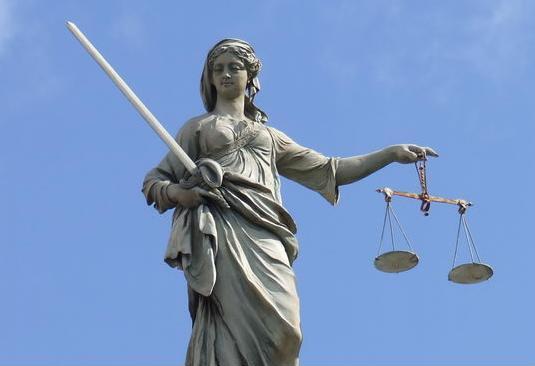