There's one thing that sets European football apart from sports in the US, or even football in the UK—the Ultras.

Ultras are the fans who are inevitably the craziest, the most extreme, the most passionate and quite often, the most violent.

But out of all these groups, who are considered to be the best? Who, in a sense, are the ultras among the Ultras?

A club known more for the politics of their supporters than anything else, St.Pauli's Ultras are recognised throughout Europe for their left-wing stance, claiming to stand against “racism, fascism, sexism and homophobia.”

Perhaps unsurprisingly then, St. Pauli have more female followers than any other club in Germany, and have become something of a worldwide brand, with members of music groups such as Sigur Ros, The Gaslight Anthem and Asian Dub Foundation known to sport St. Pauli gear on stage.

Saint Etienne
In France, no Ultras are really capable of matching those of OM—that is, apart from Saint Etienne.
Despite having pretty limited success since the 1970s, when they were among the best clubs in Europe and reached two European Cup finals, the Ultras of les Stéphanois remain fiercely loyal.
The intense atmosphere at Stade Geoffroy Guichard, or “le Chaudron” as it is known, makes it a difficult trip for any visiting team, and their displays and pyrotechnics are up there with the very best.

You haven't heard of APOEL? Forgivable. But rest assured, if you ever go to one of their matches or even if you just see the sheer numbers of supporters they take to away games in the Champions League, you won't forget them in a hurry.
They're from Cyprus—so why the Greece flags? Well, as is the case for many Ultras in Europe, politics and football have a tendency to become intertwined. APOEL fans are largely of the belief that Cyprus should be under Greek rule, and make this pretty clear with their displays during games.

OK, so it's true that pretty much all of the Ultras groups in Poland have a reputation for being more than a little bit intimidating. But Legia's Ultras, with their penchant for violence, unswerving loyalty to the team and strong right-wing politics should probably be considered the craziest.
In short, not the sort of fans you want to come across when you find yourself walking down a dark alley toward the stadium…

Ajax
Ajax is a club better known for its conveyor belt of talent, or for being the home of Total Football.
But it might be an idea to add their Ultras to that list.
It's worth pointing out though that their controversial displays of Israel flags at games have nothing to do with their fans political leanings. Often the target of anti-Semitic abuse from other sets of supporters, Ajax fans decided to embrace this, and a number of their Ultras are even known to refer to themselves as “Jews,” even if they have come under criticism from other supporters for doing so.

Napoli
Italy was the birthplace of the Ultras movement, and historically speaking, Napoli's fans were among the front-runners, being the first supporters in Italy to use firecrackers inside the stadium.

Today, Napoli fans remain among the most passionate in the world, boasting the fourth-biggest support in the whole of Italy, but their reputation has been sullied recently with reports of knife-wielding gangs attacking fans of visiting teams, particularly in European competition

Roughly translated into English as “heroes,” Red Star Belgrade's Ultras, “Delije” are known for their proudly Serbian nationalistic stance, and their “Orthodox brotherhood” with the supporters of Olympiakos and Spartak Moscow.
In fact, many believe that it was the riot that took place after a match between Red Star and Dinamo Zagreb that sparked the conflict in the Balkans. Many of “Delije” were also members of “Arkan's Tigers,” a paramilitary group responsible for the slaughter of a considerable number of Croatians during the war.

While Red Star's supporters were fiercely patriotic about Serbia, Dinamo Zagreb's Ultras felt much the same way about Croatian Independence, supporting Franjo Tudman, who later went on to become Croatia's first President. Things turned sour, however, and the fans were furious when Tudman decided to change the name of the club to Croatia Zagreb, a name which he felt better reflected their patriotism.
Also, don't let the name fool you, the “Bad Blue Boys” are possibly the most dangerous Ultras in Europe.

When Dinamo Zagreb fans aren't too busy hating Red Star, most of their attention is focused on their rivals from the south of Croatia, Hajduk Split.
And their Ultras, the “Torcida.”
Taking their name from the most passionate groups in South America, the Torcida like to claim they are Europe's oldest Ultras group, and have the support of a whole region behind them—travel anywhere throughout Dalmatia, and you can expect to see Torcida or Hajduk graffiti daubed over walls and any other available surface.

It's difficult to pick out a number one Ultras group. When you think about it, there are just so many intangibles to be taken into consideration and at the end of the day, a lot of it is simply a matter of opinion.
That said, if you're going to pick one, it's hard to look beyond those of Marseille
Known for being among the most passionate supporters in the world – if not the most – the displays from the fans are beyond compare, and the atmosphere at the Vélodrome for big matches (especially those in the Champions League or against PSG) is unrivaled anywhere else in Europe.
Setting foot inside the city for any amount of time will almost immediately give you an idea of just how much their team means to the people of the city. 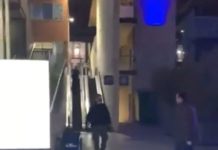 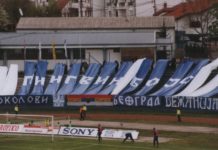 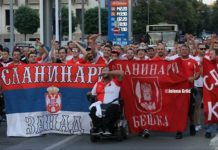 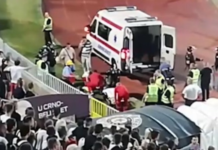