-Beside the ban of pyrotechnics you have to deal with a „masking“-ban which was imposed by your club. How do you deal with that?

Actually there is no difference than before the ban, we still use masks when we use pyrotechnics. The club understands that our stewards/security staff or police can’t step in trying to stop us, because that would create a more dangerous situation. So to be honest, the ban is totally ineffective, nothing has changed on the terrace. We keep lighting the flares and the club keep trying to identify us on their CCTV-tapes.

-Please tell us something about the history of your group.

Ultras Gothenburg was founded in 2005 by a merger of the three ultra groups Ultra Bulldogs, West Coast Angelz and Young Lions. Ultra Bulldogs was founded in 1997 which means we have our roots in one of the oldest ultra groups in Sweden. It all began with Ultra Bulldogs in summer 2005 called to a meeting with Young Lions and West Coast Angelz, the two groups who more or less ruled the terrace at this time, they came up with the idea of instead of three smaller groups, we would be stronger if we were one big group. And after another meeting we came up with the name Ultras Göteborg and we are still going strong.

-With GAIS Göteborg Örgryte IS and BK Häcken you have three, more or less, other famous clubs in your town.

How is the relation to the „neighbours“. In what way are there any problems in daily life?
IFK is without a doubt the biggest team in the city, there was a survey a few years ago which showed that about 75% of the people of Göteborg supported IFK, GAIS and ÖIS had about 10% each. There is also the team BK Häcken, but they have perhaps about 50 active supporters so they don’t count. About ten years ago we had derbys against ÖIS with over 40 000 spectators, so they were then our biggest rivals, GAIS were in lower divisions so we didn’t care too much about them. But now ÖIS is in the third division, and GAIS are our main rivals in Göteborg. They have a group called “GAIS Tifo”, and there have been some incidents between us in the past years. From pub storms to fights on the streets.Our relation is far from good, there is bad blood between us, especially from GAIS. Our biggest rival in Sweden is AIK, but for GAIS we are their main rival. If we see each other in a night out or similar, there are often fights.

-What do you think about ultras in other countries?

Countries like France, Italy, Balkan, a big part of their culture has died out because of a big repression. But there are still some amazing groups. Many countries in Europe have really good ultras and we are inspired by them.

-Pyrotechnics are forbidden in Sweden. Nevertheless you regularly show fantastic pyroshows. Do the clubs give you some free space, or do you have to deal with harsh prosecution?

In Göteborg we are given no “free space”. We know that almost every time we have a pyroshow, someone will get caught by either the club or the police. With stadium ban and sometimes a trial. The fine can be from 200 euros to 2000 euros, it depends if the club claims money from you. Because the clubs gets fined by the Swedish football association when the supporters use pyro, fortunately that rule is removed 2015. Nowadays the the ban is from 6 months to 2 years, but there is a proposal from the parliament that will mean a 3 year old ban, but it’s not decided yet. In Stockholm the situation is different, people who use pyro almost never get caught. Because of this, they can have bigger pyroshows and more often. When they have pyroshows, the club look away, because they understand the importance of supporters, unlike our club.

-Do you support social projects or did you initiate something in this section?

Last year we had a fund rising to an IFK supporter who after a injury was refused proper care and denied compensation for his injuries. Other clubs was also moved by his story and together we collected about 6000 euros for his treatment. Beside that we are trying not to get too involved in social projects, because people have different opinions in what we should engage in. We are just supporters, not social workers or charity workers.

-On the 1st matchday of this season, before the match of Helsingborg and Djurgarden there was the tragic death of an Djurgarden fan, after he was hit by an object on the head. Were there stronger restrictions or intentions to take more action against the ultras by the Swedish football-federation?

The death of Stefan, the supporter, was very tragic. He was just a regular supporter and a father of four children. Afterwards the media yelled about higher penalties, stop away supporters, ban all risk supporters etc. But it calmed down after a couple of weeks, and there has been no major change, mainly because engaged supporters were in many debates against those so called experts, and that made the discussions more objectively. 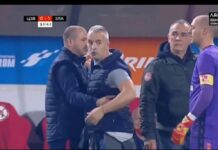 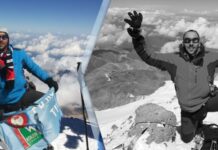 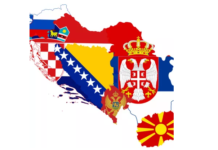 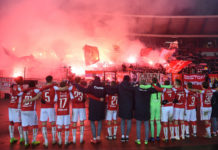