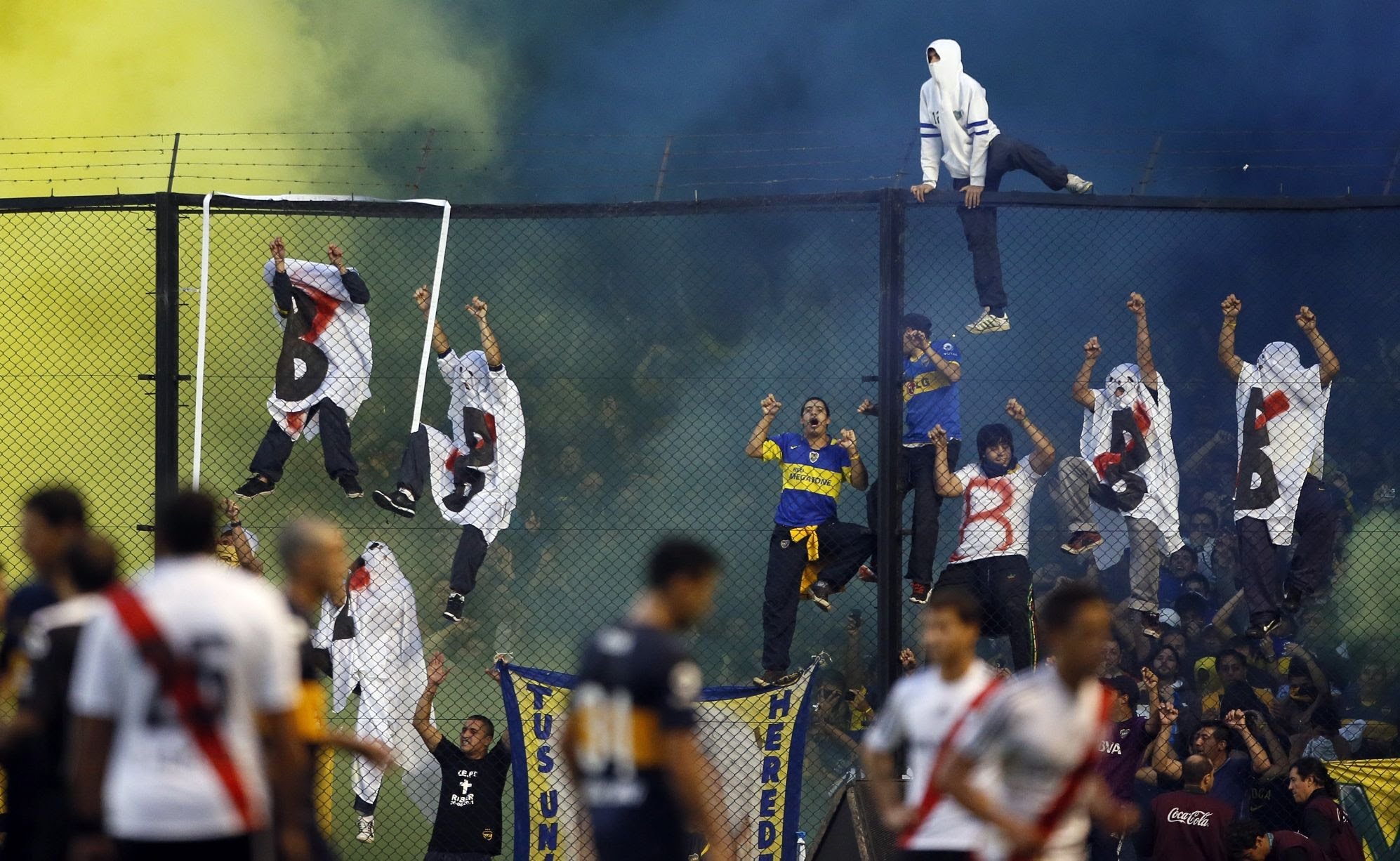 Club Atlético Huracán Spanish pronunciation: Representation in the International Phonetic Alphabet (IPA)is an Argentine sports club from the Parque Patricios neighbourhood of Buenos Aires. The club is notable for its football team, that currently plays in the Primera División, the top level of the Argentine football league system. Its home stadium is the Estadio Tomás Adolfo Ducó.
Huracán was founded on 1 November 1908 in the Nueva Pompeya neighbourhood of Buenos Aires. The club's name and nickname (, literally “Balloon”) comes from the Huracán (“Hurricane”) balloon flown by Jorge Newbery in 1909. Its supporters are called los Quemeros (“the Burners”) because the stadium is located in a former garbage burning area.

Since its establishment, Huracán has won 13 domestic titles (including five Primera División championships, and most recently the 2014 Supercopa Argentina). Apart from those achievements, the team has finished as runner-up of the top division seven times (the last one in the 2009 Clausura). Huracán's historical rival is San Lorenzo de Almagro.

Club Atlético River Plate is an Argentine sports club based in the Belgrano neighborhood of Buenos Aires, and named after the city's estuary, Río de la Plata. Although many sports are practiced at the club, River is best known for its professional football team, which has won the most domestic competitions in Argentina with 36 league titles in the top division, 2 second division championships and 9 national cupsAt international level, River Plate has won a total of 16 official titles.

In a recent survey published by the Argentine Football Association, 6 out of 11 players of the all-time Argentine national team had played for River Plate.

Additionally, in 2000, River Plate was honored by FIFA as the 9th best club of the century in the world and the best Argentine football club in that ranking.

Club Atlético Boca JuniorsSpanish pronunciation: Representation in the International Phonetic Alphabet (IPA)”>[kluβ aˈtletiko ˈβoka ˈʝunjors]< is an Argentine sports club based in the La Boca neighbourhood of Buenos Aires. Although many activities are hosted by the club, Boca Juniors is mostly known for its professional football team which, since it was promoted in 1913, has always played in the Argentine Primera División, becoming the most successful team of Argentina in number of official titles, with 66 won to date. National titles won by Boca Juniors include 32 Primera División championships and 12 domestic cups. Boca Juniors also owns an honorary title awarded by the Argentine Football Association for their successful tour of Europe in 1925.

Internationally, the Boca Juniors have won a total of 22 international titles, with 18 recognized by FIFA and CONMEBOL.According to that, Boca is ranked fourth in the world in terms of number of internationally recognized titles, together with A.C. Milan and behind Real Madrid (24), FC Barcelona (20) and Egyptian side Al Ahly (20) Boca Juniors’ international achievements also include Tie Cup, Copa de Honor Cousenier, and Copa Escobar-Gerona, organized jointly by the Argentine and Uruguayan Associations.

Club Atlético Vélez Sarsfield is an Argentine sports club based in Liniers, Buenos Aires. Its football team plays in Primera División, the highest level of the Argentine league system. Founded in 1910, the club have spent most of their history in the top tier of Argentine football. The club's home ground is the 49,540-capacity José Amalfitani stadium, where they have played since 1951.

One of the most successful clubs in Argentine football, Vélez Sarsfield had their first major success in 1968, when they won the league championship, and subsequently made regular seasons between 1970 and 1990. The club have enjoyed their greatest period of success in the past two decades, winning 15 trophies since 1993

Asociación Atlética Argentinos Juniors is an Argentine sports club based in La Paternal, Buenos Aires. The club is mostly known for its football team, which currently plays in the Argentine Primera División, and was recognized as one of the most important football teams of South America by FIFA. It is one of the eight Argentine first division teams that won the Copa Libertadores. The continental trophy was won in the club's first entry to the contest, in 1985. The most remarkable sign of this team is the power of its youth teams, which unveiled some of the most talented footballers in Argentinian football history, with Diego Maradona as the greatest example of all.

Club Atlético Atlanta is an Argentine sports club from the Villa Crespo district of Buenos Aires. Nicknamed Los Bohemios (“The Bohemians”), Atlanta is mostly known for its football team, although the institution also hosts the practise of boxing, martial arts, handball and roller skating. The squad currently plays at Primera B Metropolitana, the third division of the Argentine football league system.

Club Ferro Carril Oeste, known simply as Ferro Carril Oeste, is an Argentine sports club from the neighbourhood of Caballito, Buenos Aires. Although many activities are hosted by the club, Ferro is mostly known for its football team, currently playing in the Primera B Nacional, the second division of the Argentine football league system.

São Paulo Futebol Clube Portuguese pronunciation:Representation in the International Phonetic Alphabet (IPA)”>[sɐ̃w ˈpawlu fuʧiˈbɔw ˈklubi], simply known as São Paulo, is a professional football club, based in São Paulo, Brazil. The club plays in the Paulistão (the State of São Paulo's premier state league), as well as the Brasileirão (the top tier of the Brazilian football league system).

As for international titles, SPFC is the most successful team from Brazil, with 14 international titles. It is also one of the most successful South American clubs in terms of overall titles, having won 24 state titles, six Brasileirão titles, three Copa Libertadores titles, one Copa Sudamericana, one Supercopa Libertadores, one Copa CONMEBOL, one Copa Masters CONMEBOL, two Recopa Sudamericanas, two Intercontinental Cups and three FIFA Club World Cup.

Sport Club Corinthians Paulista Brazilian Portuguese: Representation in the International Phonetic Alphabet (IPA)”>[isˈpɔʁtʃi ˈklubi kʊˈɾĩtʃɐ̃s pawˈɫistɐ is a Brazilian multi-sport club based in São Paulo, São Paulo. Although they compete in a number of different sports, Corinthians is mostly known for its professional association football team.

Founded in 1910 by five railway workers, Corinthians was inspired by the London-based club Corinthian Football Club. Since 1910, Corinthians has become one of the most successful Brazilian clubs, having won the national title seven times, in addition to three Copa do Brasil trophies. Corinthians has a record 28 state championships. In 2000 the club won the inaugural FIFA Club World Cup as the host nation's representative, repeating the feat in 2012 after winning the Copa Libertadores de América for the first time.

Sociedade Esportiva Palmeiras “Representation in the International Phonetic Alphabet (IPA)”>[pawˈmejɾɐs] is a professional football club, based in São Paulo, Brazil.

The club was founded on August 26, 1914, as Palestra Italia pronounced “Representation in the International Phonetic Alphabet (IPA)”>[paˌlɛstɾiˈtaliɐ]), but changed to the current name on September 14, 1942. It is a popular and successful Brazilian club, with around 17 million supporters and 126,000 season ticket holders, including a large number of Brazilians of Italian ancestry. Despite being primarily an association football team, Palmeiras competes in a number of different sports, most notably basketball. The football team plays in the Campeonato Paulista, the state of São Paulo's premier state league, as well as in the Campeonato Brasileiro Série A, the top tier of the Brazilian football league system. 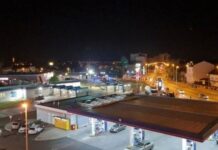 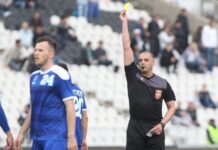