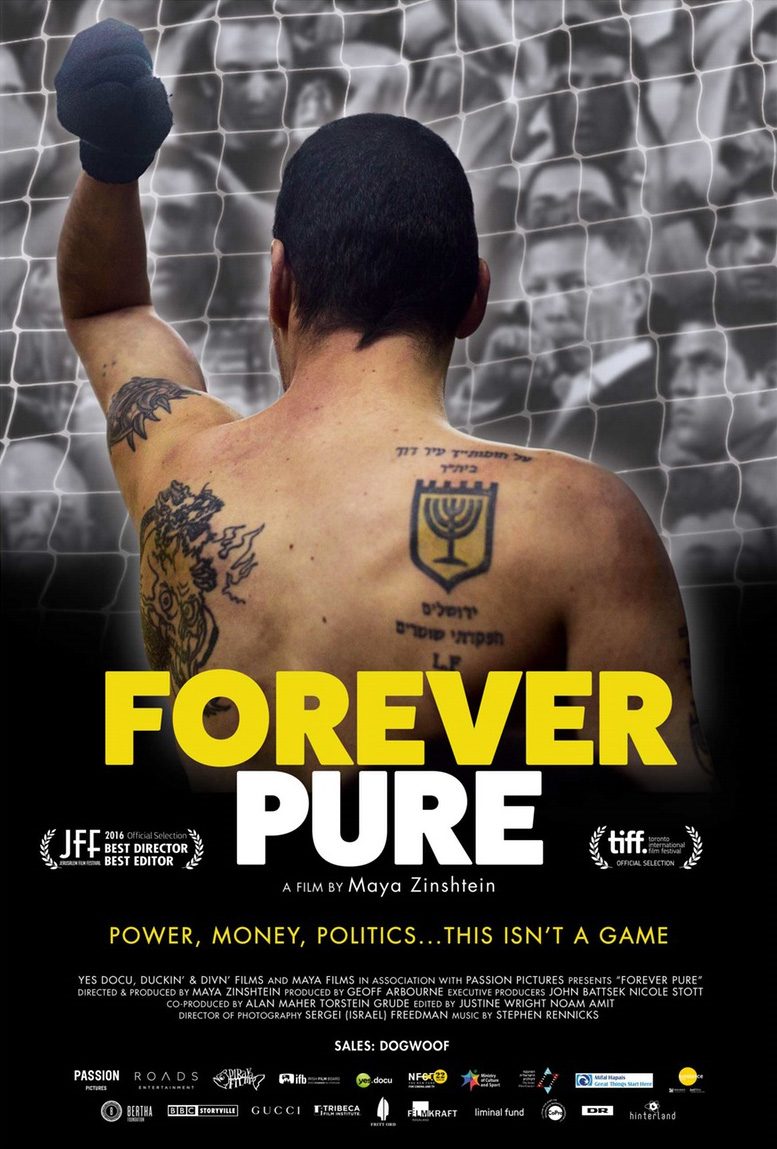 June 2012, the first day of the season for Beitar Jerusalem FC, and their hardcore supporters have turned out in force at the team’s training ground to cheer their heroes. “I love you, I swear I think about you always and for ever,” they sing, romantically. And to the goalkeeper and captain: “Ariel Harush, olé olé olé.”

He’s not – dead. Except to the fans. So what happened to cause this massive change of tune? The 2012-13 season was an extraordinary year for Israel’s most notorious and controversial football team, which has always represented the right wing and become a political symbol for the underprivileged. Harush is just one character in the story. Director Maya Zinshtein couldn’t have picked a better year to go in with her camera, the result of which is Storyville: Forever Pure – Football and Racism in Jerusalem (BBC4, Sunday).

Forever Pure refers to a banner held up by La Familia, the team’s ultra fans in the east stand. They mean free of Arabs, racially pure (Beitar is the one team in Israel never to have signed an Arab player). “Irrelevant of your political views or ideology, as a Jew you cannot use this expression, because of the past,” says the exasperated chairman, Itzik Korenfine, about the banner. (Not everyone connected to the club is a dangerous racist loon). La Familia don’t much care for Korenfine either; they are going to rape his daughter, they chant outside his house.

Nor do they like the Russian-Israeli oligarch owner Arcadi Gaydamak, who bought the club as a propaganda tool. “Arcadi … you’re a traitor, a war criminal,” they chant. “Everyone knows you’re corrupt and you’ll go to jail in France.” (To be fair, they’re right on this last point – Gaydamak, whose son used to co-own Portsmouth FC, will be convicted of money laundering and gun-running to Angola and imprisoned in France).

It is an act by the owner that triggers the hideousness. He signs two Muslim players, from Chechnya, “to show this society as it really is”, he says, though I don’t entirely trust Gaydamak or his motives. Anyway La Familia don’t exactly welcome them. “Fuck you, Kadiyev,” they sing, to their own player. And: “Sadayev, go to the Al-Aqsa mosque, what the hell, we have Arabs in our team.” (So, not just vile racists, but also ignorant, as Zaur Sadayev and Dzhabrail Kadiyev are not Arab but Chechen).

These two poor lads, blinking and bewildered, tossed into a boiling cauldron of hatred they don’t understand, a long way from home. Nineteen-year-old Kadiyev, whose mum is in the stands, has a scuffle with a spectator and is red-carded. Sadayev scores, though. Now they’ll accept him, surely? No, they walk out. And don’t come back, for the next match, or the next: Beitar play to empty stands.

And the crime that took Harush from hero to zero overnight? And chairman Korenfine’s (another Beitar legend)? They didn’t condemn the arrival of the two Chechens, but welcomed them.

It is a sickening, brutal film that leaves you feeling numb and pessimistic, about the area, and humanity. “The things you see in the east stand are a concentrated, an amplified version of the behaviour in our society,” says Korenfine. Of course, the deep-rooted hate isn’t found just on one side. Beitar’s final game, which they mustn’t lose in order to stay up, is against the Israeli Arab club Bnei Sakhnin. “Beitar fans, they are all sick, with swine flu, they should die young,” sing Bnei Sakhnin supporters, wearing medical masks. “Death to the Arabs, death to the Arabs,” comes the inevitable reply from La Familia who have come back for the special occasion. It makes the north London derby look like a big cuddly love-in.

The game ends 0-0, thanks to some heroic keeping by Harush, not that he is thanked for it. “Harush, you’re a son of a bitch,” they shout.

The postscripts don’t offer much hope either. Sadayev and Kadiyev leg it home to Chechnya as soon as the final whistle blows. Everyone involved in them coming, or who accepted them when they got there – Gaydamak, Korenfine, Harush, Eli Cohen, the manager – is now no longer at the club. One nil to the mob, and their rule. “Here we are, the most racist team in the country,” they sing, proudly. Boooooo …

… we have a small favour to ask. More people are reading the Guardian than ever but advertising revenues across the media are falling fast. And unlike many news organisations, we haven’t put up a paywall – we want to keep our journalism as open as we can. So you can see why we need to ask for your help. The Guardian’s independent, investigative journalism takes a lot of time, money and hard work to produce. But we do it because we believe our perspective matters – because it might well be your perspective, too.

I appreciate there not being a paywall: it is more democratic for the media to be available for all and not a commodity to be purchased by a few. I’m happy to make a contribution so others with less means still have access to information. Thomasine F-R.

If everyone who reads our reporting, who likes it, helps fund it, our future would be much more secure. For as little as £1, you can support the Guardian – and it only takes a minute. Thank you. 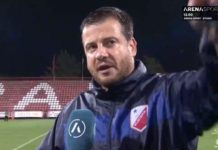