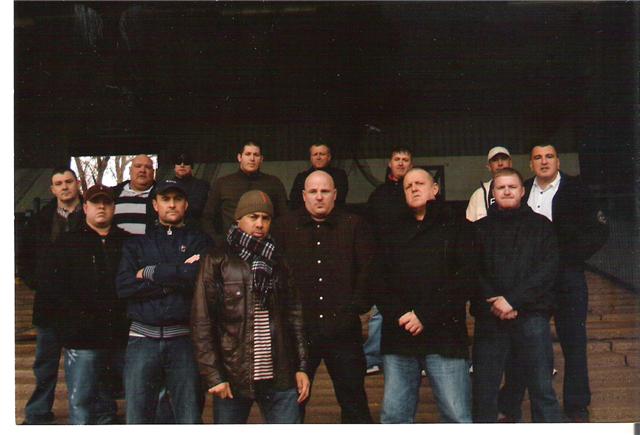 Hate in Wales
Welsh football fanaticism has been known to us since the 1970s, when the Cardiff City Soul Crew team, who cheered for the Cardiff City football club, appeared. The Soul Crew was founded by Welsh skinheads who preferred soul music – yes, and it was then. Today, this group, which is celebrating its 50th birthday, is considered one of the largest and most dangerous in the territory of Great Britain. In 1998, 11 high-ranking Soul Crew members were arrested before the start of a replay match between Cardiff and Reading because they planned a major hooligan campaign. In 2002, Cardiff City's hooligans appeared in the BBC's documentary series “Huligani”. Among other things, the assault squads of the Welsh football club Cardiff City also appear in Nicko Love's film “Football Factory 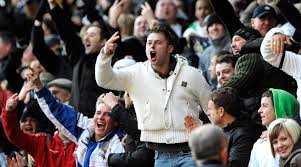 At the beginning of 2002, hundreds of Cardiff fans flocked to the lawn after the last whistle at the Leeds match. The guys from Soul Crew fired on signaling missiles at nearby stadiums, inflicting injuries on the president of their own club management, Lebanese businessman Samir Samu Hammam. The Soccer League of Wales a few months later punished Sam Hammam, who, despite the incident at the game against Leeds, practically encouraged the hooligans from Soul Crew, declaring that the Cardiff City Stadium with all his fans struck fear in the heart of all the rivals who visited him.
Of course, many did not like the actions of Soul Crew members who celebrated the victory of their squad so that Leeds United fans fired at various items, bottles, stones and coins … Fans Leeds was overwhelmed by the fact that Cardiff President Sam Hammam pointed to the stands of the English club – as if it meant future targets.
After 3 years, the hooligans of Leeds revived on the home court when their club hosted Velsane; The match was marked by a series of fights among football hooligans and two major hooligan teams: Soul Crew and Leeds United Service Crew.
Wales is still famous for the Wrexham hooligans. There are less of their Cardiff colleagues, but they consist of various hooligan fan groups – there are hooligans, and ultras and casuals.
The main football match of football is considered to be a match between Cardiff City and Swansea City, two teams that, although they belong to Wales, play in English football leagues (and even won some titles in English football – Cardiff won the English League Cup in 1927, and Swansea English League Cup 2013).
These two clubs met for the first time on 7 December 1912. Their doubles are common in both the league and cups. In 1998, Swansea fans were able to bend Cardiff fans and drive them straight into the ocean, after which the joke was popularized at the expense of Cardiff fans “it would be better to make something concrete than to bathe.”
In 1993, a real battle broke out among the two supporters. Of course, this immediately attracted the attention of the authorities of order and peace. In recent years, precisely because of police action, there are no similar violent conflicts between the two Welsh clubs. However, these matches are still characterized as “high risk games”. In 2009, the Derby of South Wales played again, which was again marked by violence – Swansea fans attacked their opponents both in the stadium and outside. Police arrested 15 assailants. The Soul Crew group, which was located in the northern tribune, began to immediately destroy the stadium. Cardiff fans were tearing up the back and chairs, demolishing the toilets and destroying water pipes. The damage done was estimated at thousands of pounds.
After another clash (this time it was a clash with Wolverhampton Wanderers fans), with 17 supporters being arrested, the Football Association punished Cardiff City with a match in front of the empty stands, after which they were protesting against this decision (with the intervention of Soul Crewe ), joined by many English fans. Even the so-called “peaceful protest” was held – thousands of fans of various clubs walked along the streets complaining of a penalty.
Severnside Derby includes all matches between Cardiff City and clubs from English Bristol, primarily Bristol City (and, to a lesser extent, Bristol Rovers). Severnside derby is known for cutting the border between England and Wales. On the derby between clubs from Wales and England, songs of a patriotic character are often heard, as well as lyrics of offensive content. The fans of these meetings are jokingly called “our eurocup” or “international competition”.
Severnside derby almost always involves meetings between two teams – Soul Crewa (representing Cardiff City) and City Service Crew (Bristol City). In order to avoid conflict escalation, the police do not allow fans to privately organize transport in recent times; The fans can only arrive by the transport they have assigned to them specifically for that match. If this rule is violated, the club is guilty.

The fans do not approve the transfer of players from one club to another – if a player decides on that, he does not write well … However, there are players who hate fans for some other reason. The most boring footballer for all of Cardiff City's fans is English striker Lee Trundle. He played for both clubs in Bristol. Trundle was wearing a T-shirt in Cardiff showing the Swansea fan urging the Cardiff fan. Lee then lifted the flagship flag with the inscription “Fuckoff Cardiff”. And later he justified that he did not know exactly what was written on the flag …

Welsh Wrexham (who also plays in English leagues) has many football rivals. However, Chester is surely the main one of them. Interestingly, the stadiums of these two clubs are at a distance of 12 miles (but with two different sides of the border). Matches between Wrexham and Chester are usually organized relatively early – teams play around midday, while most hooligans are still asleep (the rest can not be drunk as beer is not sold at that time). The amount of violence and drunkenness is thus minimized. All the fans who come to the matches between these two teams on the derby travel by organized transportation (where there are no places for hooligans). Derby between Wrexham and Chester is considered one of the biggest derby of the lower league.
Another angry opponent Wrexham is Shrewsbury Town, an English club from the city of the same name. Clubs are 35 miles away, and they share the English-Welsh border. At the beginning of the 21st century, Wrexham poured oil on fire in the whole story – he threw Shrewsburry Town from the Conference Premier League (Welshs beat the English with a score of 2: 1) … Wrexham has another English opponent: Tranmere Rovers, a club from Tranmere, Liverpool (22 miles away from Wrexham). 32 Tranmere fans were arrested in 2006 on suspicion of preparing an attack on fans who then arrived from Wales.
Wrexham also has his own mascot – the Rex dragon. The team itself is known under the nickname Dragon. Wrexham gathers a host of fan clubs and groups around him, some of whom have official representatives. 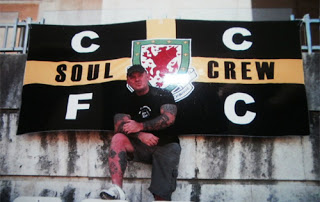 As far as national teams are concerned, fans from Wales are, of course, the most beautiful of the football teams in England. The conflict between Welsh and the English is dragging from a distant history. Between the end of the 11th and the beginning of the 13th century, the Anglo-Norman barons, with the financial help of the English king, carried out numerous military-political operations in Wales on the territory of Wales to subjugate Wales. These operations are known as the “Norman Expansion”. The English won a large part of the Welsh territory, after which the wise kingdoms (Brycheiniog, Gwent and Morgannwg) were liquidated. All this contributed to the creation of the foundations for the annexation of Wales by King Edward I.
The Welshmen have not forgotten it … Today, when a match between the Wales and England teams is played, Welshans look at the English players and fans as the same Englishmen who had long since taken away their favorite Wales.
In addition, the Welsh national team play traditional derby with national teams that are part of the United Kingdom, such as Scotland and Northern Ireland, but also with another other rival – the national team of Ireland. 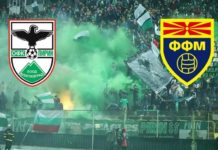 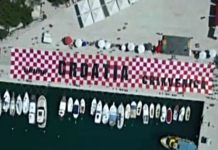