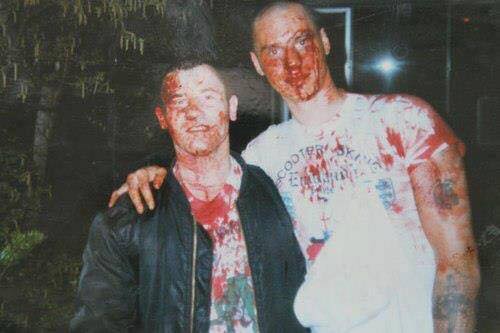 “In October 1999, we played with Croatia from Zagreb, which was called by Dinamo, and brought with it 40 people from their agency.” We are in a decent hotel in the center of town with some reporters and some fans of the united watching TV At approximately 20:30 I borrowed someone to talk, and after I wanted peace and privacy I went to the neighboring bar and sat on the terrace Suddenly in the dark there was a group They looked like an army, all short-cut like skinheads with bomber jackets, military boots, and goddamned right-wing eyes.

They surrounded and attacked at least where United fans watched TV. I was sitting behind them and looking at them, but they did not notice me. Believe me, I hid under the table and telephoned. I thought, “Damn, what is this ?!” The next thing – they attack United's fans. Smoothies and tables were burning, and the United were drawn to the bar and tried to close the door. There were shouts and horrible cries as Croatian psychopaths threw tables on them, and I was sitting all the time. I did not dare to appear because of the bruising I had seen earlier when we played with Marseille because they would blame me. Not for the first time in my fanciest career I thought I would die. The girl from my friend came to me, and I thought, “Go away, I can not do anything!” But of course she came to me and said, “Come on, you're Tony O`Neil, do something!” Not in this situation, I thought. I grabbed her, fell to her knees and told her she did not care. I was sitting for 30 seconds with her and thought “woman, just shut up.” Flasks, glass, tables were still flying in the air and the windows fired. as it all started quickly, so it ended. As one, the Croats fled into the dark before the police came. A new problem emerged when the police came and listed us, and immediately left us alone, and we should still go to the hotel, exactly in the direction of your skinheads.

A little later I sat in the hotel lobby with several friends when a part of these Croatian psychopaths looked out the window and looked for a new attack. Late in the evening some people took a taxi and went to the night clubs so in the end I did the same. We were lucky that the police kept the nightclub so I got killed by alcohol. I knew what I was crazy about, in the crazy city and without my team I could only fall. One big row at the entrance to the club told me: “It's nice to see you here, but tomorrow you die and that's football.” I put some brandy back into myself and went to the hotel to sleep.

During lunch, the next day, I saw those guys circling the city again, but until then I learned some things about them, they called Bad Blue Boys and were fucking dangerous. Allegedly, some people believe that they are credited with the break-up of Yugoslavia because of the game with Red Star Belgrade from Serbia, where they entered the field and attacked the opposition team and the police. When you live in such a war environment, when you see people fighting for life every day, then you know that people can not be normal. On the day of the game we find that they attacked some United fans from Belgrade and massacred them. Two thousand soldier-police officers (interceptive police, op.) Guarded the 400 United fans. The atmosphere around the stadium was so wild that it was unreal. Right after the game I took a taxi to drop me straight to the hotel. I think we were lucky that on that day we were not in Zagreb as a whole team of United hooligans because they would be spoiled. I searched for information on them and found out that they were against all and all, the president, the government, the club. They are like a right-wing organization and they are all their enemies. I was just in these days in fear of everything that could happen to me. ”

A fragment from the book by Tony O`Neila, the watery face of Manchester's “MIB” 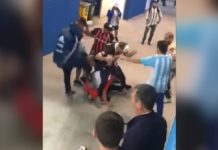 22 Juna, 2018
Several alleged Argentine fans didn't cope well after the defeat of their team and ended... 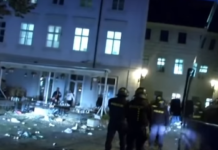 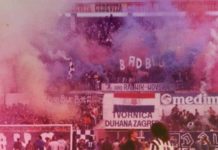 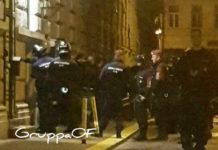