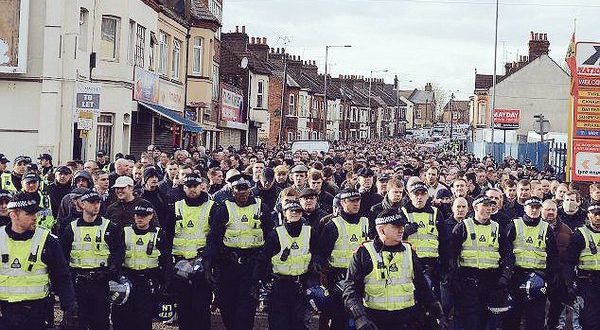 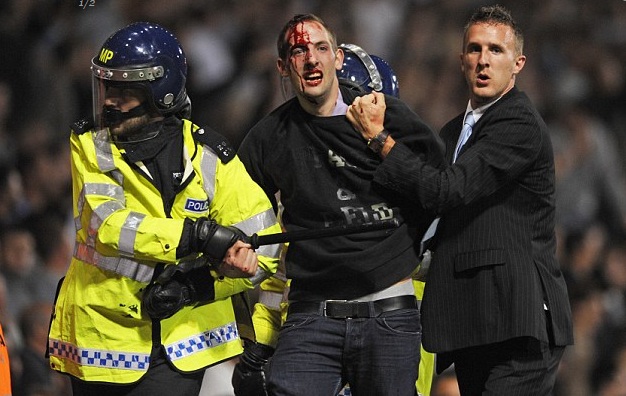 On 2 May 2002, after the Division One playoffs brought another semi-final exit for Millwall, almost 100 police officers were injured when Millwall hooligans attacked them with missiles in the stadium and in the streets surrounding it. This was one of several major incidents involving Millwall hooligans during the 2001-02 season. On 4 August 2001, just before the season began, Millwall hooligans clashed with those of Tottenham Hotspur outside the Caulkers public house in Bermondsey, in which there were dozens of injuries; the casualties included 30 police officers, three horses and a man who needed treatment for stab wounds. 17 days later, also in London, Millwall fans ran riot in the streets surrounding The Den and caused damage to buildings and vehicles, as well as throwing missiles at police officers after a Football League Cup tie with Cardiff City. Four days afterwards, some 250 Millwall hooligans attacked Burnley fans as they arrived at Bermondsey railway station for a league game.

On 31 October, a similar number of Millwall hooligans rampaged in Wolverhampton before a league clash with Wolverhampton Wanderers, which resulted in two Wolves fans suffering facial stab wounds. On 13 December, some 100 Millwall and Portsmouth hooligans clashed at the Windmill public house near Waterloo railway station. Every window in the building was smashed and most of the fixtures and fittings were damaged or destroyed, but all of the hooligans escaped before police could arrest them. On 16 March, Millwall hooligans pelted visiting Sheffield Wednesday fans with bricks and bottles during a league match at The Den; two police officers were hospitalised as a result of the incident. 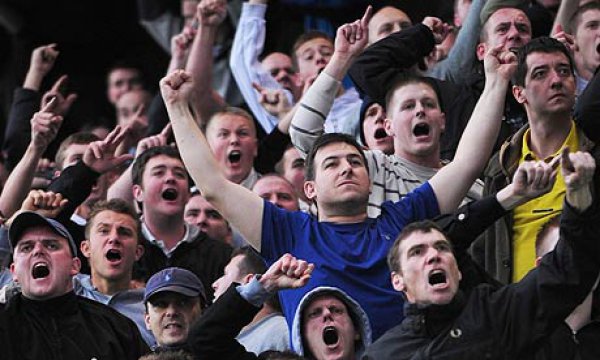 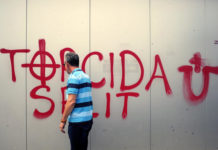 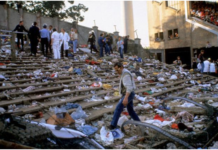