The history of the most popular sport in the world is incredible.

Centuries have passes since the introduction of the sport we now call soccer or football (or whatever you want to call it), and in that time, history has been made.

Like anything that has history, soccer has some of the most bizarre and humorous stories around—stories that will leave you shaking your head in disbelief.

So sit back and enjoy the most bizarre soccer stories of all time.

And I promise, every single one is true.

Arsenal played a friendly against Dynamo Moscow in heavy fog in 1945 at White Hart Lane and despite the urging of players to suspend play due to the fog, the referee decided that play should continue.

The fog was so thick that the game turned into an absolute farce, with both sides playing by their own set of rules and suffering their own bad luck because of the inclement weather.

Moscow at one point made a substitution but didn't take a player off, with fans watching the match believing that the Russian club had up to 15 players on the pitch at the one time.

Arsenal also made the best of the conditions, with one of their players—who had earlier been sent off—sneaking back onto the pitch and playing the remainder of the game.

However, they did suffer some bad luck, with their goalkeeper knocking himself out cold after running into the goalpost, which of course, he could not see due to the fog. A spectator reportedly took his place in goals and the match continued.

Give Me That Vegetable!

Not too many of the stories to feature on this list take place in the past decade or so, but we have a special place here for the faithful fans at Stamford Bridge, home ground of Chelsea.

You might not know it about the West London club, but Chelsea fans have been bringing celery to the Bridge for decades now—most likely in order to pay homage to their chant “Celery” (warning: inappropriate language).

However, according to a club statement from 2007, the Blues have reminded fans that bringing celery to the ground is in fact outlawed and that any fan caught bringing the “dangerous” vegetable to the ground could face a lifetime ban from the Blues’ home ground.

Nowadays, Everton and Liverpool form one of the strongest rivalries in the league, with the Merseyside derbies highlighting on every football fan's calendar.

With Goodison Park (Everton's home ground) just around the corner from Anfield Road (Liverpool's home ground), the two clubs have grown in their hatred and disposition for the other—with the desire to beat their rival one of their biggest goals at the start of the season.

However, what you might not have known about the two clubs is that before the rivalry had existed, Everton's home ground was in fact Anfield Road—the very ground that Liverpool now call their home and one of the tougher places to travel to in world football.

According to Everton's official website, the land at Anfield Road was leased to the club during the late 1800s by the Orrell brothers, who were local brewers.

Everton would leave Anfield Road on January 25, 1892—opting to move to the north side of Stanley Park, to the ground and area now known as Goodison Park. Liverpool (who wanted to be called Everton Athletic at the time) would then claim Anfield Road as their home ground.

So yes, Everton were in fact at Anfield before Liverpool.

Perhaps We Just Call It a Draw?

Postponed matches in the English Premier League and FA Cup aren't that unusual, but consider for a moment just how many times the match between Lincoln City and Coventry City was postponed because of a bad winter in the season of 1962/63.

Due to play each other on January 5, 1963, the fixture between Lincoln and Coventry was called off inclement weather and scheduled for a few days time.

The fixture was called off a total of 15 times before a match was finally played—chalking up 66 days between the start of the “round” and the end of the “round.”

Somebody Has to Miss Soon…

Your knowledge about Fourth Division Argentinian soccer might not be as high as some other leagues in the world, so why don't we take a look back through the history alumnus of the South American nation.

We'll stop in the 2009/10 season where we find a match between Juventud Alianza and General Paz Juniors in the qualifying round of the Apertura for the Ronda Final at the end of the season.

Can't quite remember what happened? Quite OK.

After tying their two legs on a 3-3 aggregate, the two clubs headed to penalty shootout to decide who would progress through to the next round of competition.

Perhaps even more amazing than that is the fact that there was only one missed penalty—the final penalty for Alainza by Ruiz, who had his penalty saved by the goalkeeper. Up until that point, all 40 penalty attempts had been scored by the penalty-takers.

Heartbreaking for Juventud Alianza goalkeeper Gonzalez, who failed to stop any of the 21 penalties that he had come his way throughout the shootout.

Don't Dream It's Over…

From one incredible finish to another, Charlton Athletic's 1957/58 clash against Huddersfield Town in the Football League Second Division will surely go down as one of the most remarkable matches ever and one that must be looked at here.

Played in December 1957, Charlton were reduced to 10 men after 27 minutes after captain Derek Ulton had to be taken to hospital due to a dislocated shoulder. Substitutions were not allowed at the time, and almost immediately, Huddersfield took a 1-0 lead through Les Massie.

Huddersfield would continue to build on their lead with two goals to Alex Bain, one to Bill McGarry and one to Bob Ledger—holding a commanding 5-1 lead over the home side with 27 minutes remaining in the match before something truly remarkable happened.

Johnny Summers and Johnny “Buck” Ryan scored a goal apiece for Charlton in the space of two minutes to reduce the margin to 5-3. Summers then scored at the 73rd and 78th minute—tying the game at five goals all before netting his fifth goal of the night in the 81st minute to give Charlton a 6-5 lead.

With barely any of the home crowd remaining having all left when their team was down 5-1 with 10 men, visiting Huddersfield drew level again at six-all with five minutes to play before a final-second header by Ryan gave Charlton a remarkable 7-6 victory.

From 5-1 down with 27 minutes remaining and already down to 10 men, Charlton had fought their way back into the winners’ circle and had recorded arguably the greatest comeback in history in the process—leaving then Huddersfield manager Bill Shankly speechless.

Arsenal's recent comeback against Reading pales in comparison to this.

A truly embarrassing moment for HFS Loans League team Congleton occurred in 1993 when holding a minute's silence before the match to mourn the death of the club's oldest fan who had reportedly passed away during week.

Any player that scores four goals in the same match would normally be thrilled with his achievements.

But not Aston Villa defender Chris Nicholl who scored four goals on March 20, 1976—only problem being that he scored two own goals for Leicester City, with the match finishing in a 2-2 draw.

Nicholl gave Leicester the opening goal before equalizing for Villa just before half time. He would then go on to give Leicester the lead again with a great goal in the second half before drawing level once more for Villa late in the match—creating one of the greatest game reviews in the history of the game.

The defender recalls the afternoon well and laughs about the moment—saying that his biggest frustration about it all was that he didn't even get the game ball that day.

Time for some Danish football now and we pity local side Ebeltoft, who were robbed of a deserved draw when playing Norager in the domestic competition.

Norager were leading 4-3 with seconds remaining when Ebeltoft went on the attack. As they pressed forward, however, referee Henning Erikstrup went to blow the final whistle.

Only problem was that his false teeth fell out as he went to blow the whistle—meaning that no noise came out and play continued as normal. Ebeltoft scored to make it 4-4 by the time that Erikstrup found his false teeth and put them back into his mouth.

Erikstrup disallowed the goal and blew the final whistle, handing Norager a 4-3 win. Ebeltoft protested the match immediately following the loss and took the result to the equivalent of what is the Football Association in Denmark, but their protests were denied. 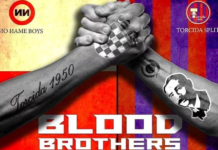 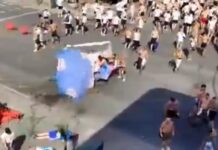 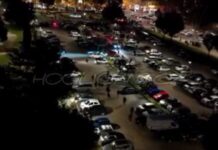 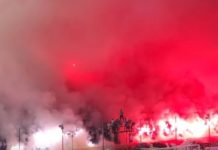 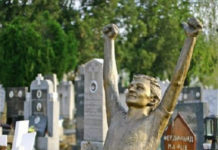