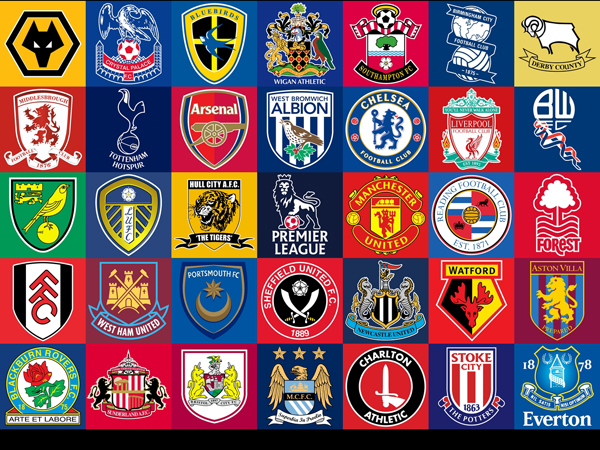 England is known to the whole world as the cradle of the most popular side things in the world, football began to be played in Britain in 1863 when the first football federation was formed and shortly thereafter the first competitive game was played. Everybody knows the fanatism of the fans from the island and their love for football and the club they are cheering for. Probably all interested in who are the most favorite football clubs in England, the number of titles won is Manzuet United with 20 victories, followed by Liverpool with 18 and Arsenal who collected 13 titles, then Everton 9, Celzi 6, Manchester City 6, Newcastle 4 …

Everton is the club that spent most of the season in the strongest England league for 117 years, then Liverpool 105, Arsenal 103, Manchester United 95 …

Liverpool and Manchester are alongside London two cities with a very long football tradition, from which the best clubs in the Premier League come back in the past, these two cities are famous for the city derby and the great army of fans.

Mancester fan cartoon and the environment:

Mancester as a city is more attached to the red devils, ie in the city and the surrounding area, much more people are fans for Manchester United almost 60%, Mancester City is cheering every 4 people in the city, while Liverpool fans in third place, then fans of the clubs from the suburbs of Wigan and Bolton, and supporters of Newcastle, Leeds and Everton … Liverpool fan club and the environment:

Liverpool as a city and its surroundings is mainly defined for the same club, so each of the 3 men who meet 2 cheer for the Reds, then for Everton support about 24% of Liverpool's citizens, then follow the supporters of MU, MC and Leeds who are in the vicinity of the city. It is already a well-established rule that from season to season in the Premier League are the most numerous English soccer clubs from London.
The English capital has nearly 15 football clubs that compete in the professional leagues of their country.

A few of them are standard premiers and belong to the English football elite. Due to the large number of clubs in this city, there is almost no car in the Premier League without one, small or big, city derby in London.

Arsenal
Arsenal is the most profitable London club and the first club from the capital of England who was the champion of the state. Also, “Gunners” are record holders in the number of trophies won in the FA Cup.

They play their matches at the Emirates Stadium, and before the construction of this new home they played at the cult of Haberia.

Chelsea
Chelsea is the Premier League winner in the 2014/15 season. “Blues” are the first club in London to pack the Champions League.

Since the founding, they play their matches at Stamford Bridge, but the club has serious plans to significantly expand the capacity of the stands in the next few years. Interestingly, their stadium is not located in the part of the city called Chelsea, but in Fulham.

Crystal Palas
Crystal Palace is slowly becoming a stable and rather serious Premier League club, based in the south of London. Their Selhurst Park stadium receives about 26,000 spectators.

Their biggest rivals in Millwall and Charlton Athletic.

Tottenham
Tottenham, like Arsenal, is a club from the northern part of London, so there is a lot of rivalry and hatred between “singer” and “gunman”. Tottenham was entered into the history of English football as the only non-league club that managed to win the FA Cup (1901). They are also the first team to win a double crown.

West Ham
West Ham is one of the few clubs that in their history never turned out to be the third ranking of the competition, but they also were never champions or particularly serious candidates for it. FA Cup won three times.

The club was founded under the name “Thames Ironworks”, hence the nickname “hammer”. Their home is Apton Park or Bolen Graund. 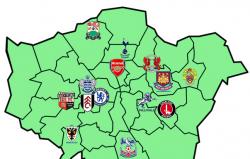 Watford
In the 2015/16 season, Watford returned to the Premier League. Some of them are not an English soccer club in London, while others are counted as captains of the capital. We leave you to choose, given our poor knowledge of London geolocation opportunities.

Brentford
In his humble Griffin Park, Brentford played his home matches and was founded in 1889. The club has never achieved any notable success.

Charlton Athletic
Charlton Athletic football club from London, who also competes in the Championship in the 2015/16 season, and has been playing at the Veli Stadium for over a century.

Fulham
Fulham is another well-known club from London, playing at his distinctive Crane Cove Stadium. After a decade's senior career in the Premier League, the club went to the Champions League. “Cottagers” are also the oldest professional football club from London.

Queens Park Rangers
Another occasional Premiere. Interesting for KPR is that in their history, they have changed their stadium for home matches in 19 times, and at Loftus Rouge since 1963.

Millwall
Although in the third ranking of the competition, Millwall is one of the London clubs that fans of football know around the world. He is more famous for notorious fans than for football success.

In 2004, they played the finals of the FA Cup, and on that basis, they ensured participation in the UEFA Cup.

In other parts of England the number of fans of the most popular clubs:

According to some Daily Mirror research, the most popular clubs in England are just Manchester United, Liverpool, Arsenal and Celzi. Manchester United has the largest base of fans in Asia where it is much more popular than all other English clubs, Celsius dominates South America, Arsenal in North America and much of Europe, while Liverpool is the most popular in Australia and the Far East. These data also coincided with statistics on the number of twitter accounts for these clubs.

The island is also known for its great local patriotism, and so there are cities in which none of these four clubs with army armies have a large number of fans or total domination. Newcastle, Sunderland, Hull City, Burnley, Stoke City, Leicester City, Aston Villa, Swansea and Southampton are dominating in their home towns and surroundings. 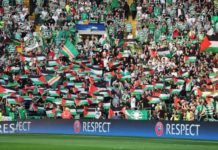 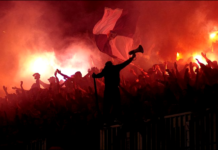 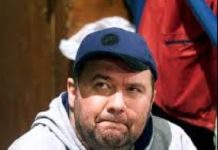 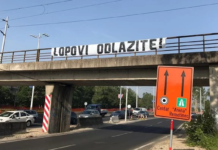