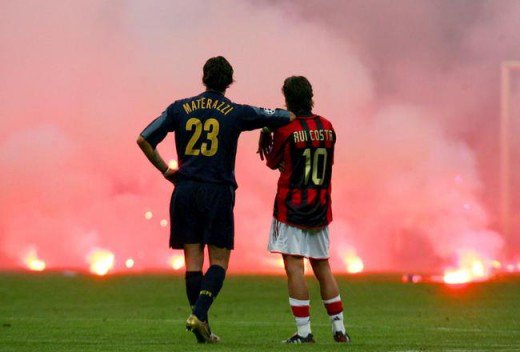 Football has seen a lot of rivalries develop between clubs during its rich and long history, some of which can be traced back to more than a century. During that time, countless managers and players have come and gone but the clubs have lived on with their pride and legacy being passed on from generation to generation to keep the rivalry fueled. No other match is given as much importance as the derby. These are more than just matches, these are matters where the pride of the club and fans are at stake. It is an all out war between both the clubs with the victor earning the bragging rights. Here is a look at some of the most prestigious and sought after derbies in the world of football. El Clásico is one the most exciting derbies in the world of football. It is contested between the 2 giants of Spanish football, Real Madrid and Barcelona. It is one of the oldest rivalries in world football dating back to more than a century. The game is seen by millions worldwide who flock to the stadiums and their television sets to see some of the best talent in the world on display. The match sees the highest caliber of football on display and is also known to represent opposing political parties who market themselves for the biggest game between the 2 biggest cities of Spain. Many legendary players have represented these clubs such as Ronaldinho and Raul as well as the 2 best players of the current generation in Lionel Messi and Cristiano Ronaldo. They have certainly not harmed the reputation of this event. The Milan derby is regarded as the biggest one in Italy. It is contested between city rivals AC Milan and Inter Milan and is played in the San Siro stadium, a common home ground shared by both teams. With its rich and eventful history, the Milan derby is often remembered for more of the fighting than the football. The event is also labelled by some as a political affair with AC Milan and Inter being owned by Italian prime minister Silvio Berlusconi and prominent businessperson Massimo Moratti (now Erick Thohir) respectively. Both teams have enjoyed a lot of success having amassed 18 trophies each. Even though both sides have been bettered by many other league rivals during the past few years, this match still holds importance in the hearts of their fans with both striving to stamp their name on the city. Regarded as one of the greatest rivalries in English football, the North West derby is one of the most passionate events one can see. Played between arch rivals Manchester United and Liverpool, this game sees the 2 most successful clubs in England fight it out with each other to lay claim to the title as the best club in English football. Both clubs have won 121 trophies between each other with Manchester United having the edge due to their current domination. This game has seen a lot of highlights with many players having voiced out their hatred towards their opponents publicly to fuel the rivalry. From last gasp winners to verbal abuses and brawls, this fixture has seen it all and is the perfect representation of what English football is all about. The Manchester derby is played between long time city rivals Manchester United and Manchester City. These fixtures always attract large crowds and in light of city's recent overhaul, which has seen an influx of many high profile names onto the teams, the importance of the game has risen significantly as the second best club in Manchester look to give their rivals a feel of what it is like to be in the shadows of another. Like many other derbies, this one has seen its fair share of drama. The noisy neighbours have always been a thorn in United's season and, in recent times, have stamped their authority on the fixture by playing some mesmerizing football while also finishing ahead of United in the 2011/12 season to win the Premier league. Interesting times lie ahead as well as better quality of football. The derby d'Italia is also one of the most tightly contested matches which sees 2 Italian giants, Inter Milan and Juventus, face off against each other. Like many other matches in the Italian Serie A, this match is always entertaining in both good and bad ways. These matches are often difficult to critique and predict as the players are rallied by the club's prestige and honour which keeps them fighting to stay in the match till their last breath. This match, like the Milan derby, has a political link to it and politicians have often been witnessed to point fingers at each other after the matches have been played. Juventus have managed to edge their opponents on a majority of occasions but with Inter's new presidency, only time will tell whether there will be a shift in the favour of the minnows. Der Klassiker is undoubtedly the biggest derby in German football. It is played between 2 of the most successful clubs in Germany, Bayern Munich and Borussia Dortmund. Both the clubs and their fans take this fixture very seriously. It provides for an enthralling contest which has all that one can ask for in a game of football. The game is the most watched fixture in German football which often sees record attendance. The past few years has seen the importance of this match rise to a whole new level with Dortmund edging Bayern to win 2 consecutive Bundesliga titles to rise to prominence. This has provided a much better class of football being exhibited. From rowdy crowds to some of the best football on exhibition, one should not pass on the opportunity to witness this epic battle. The North London derby is played between the 2 most notable clubs from London, which are Arsenal and Tottenham. Described as one of the most fiercest rivalries in English football, this fixture always provides for an exciting contest played at the fastest pace. This game is watched by many and is one of the best displays of attacking football and one which never seems to bore the audience. Arsenal have edged their opponents on many occasions but the past couple of seasons have proven to be tight affairs. This is mainly due to Spurs strengthening their squad in a bid to challenge their rivals to claim the title of the best club in London. More exciting times lie ahead for both sets of fans. The Madrid derby is also one of the most highly anticipated matches which sees city rivals Real Madrid and Atlético face off against one another. Real have prevailed as the victors in the majority of the meetings between in the past but Atlético have not laid down with ease, gathering a few scalps of their own. The derby, like other Spanish ones, also has political interference with Atlético named by many as a rebel club whose interests directly conflict with those of their nemesis. Real Madrid have dominated the fixture in the last decade, losing only one match recently. This may be a sign that it is Atlético's time to shine now. The Merseyside Derby has the most number of matches in the history of English football. This rivalry is one of the fiercest in the country, as indicated by the record number of red cards this fixture has seen. This game always provides onlookers with moments of brilliance as well as madness. Initially stated as a friendly derby due to both clubs belonging from the same city, this match has escalated to a whole new level since the inception of the Premier League. Both teams look to become the pride of Liverpool at the expense of their rivals. It is one of the most explosive and physical matches on the planet. The Old Firm derby is contested between 2 of the most successful clubs in the history of Scottish football, Rangers and Celtic. This match is one of the most oldest and fiercely contested and is responsible in generating a heavy revenue for the economy of the country. The game also has a history of violence with a number of fans being involved in pitch invasions as well as vandalism; the violence has even resulted in several deaths over the years. In short, one should go at their own risk if they wish to see the match. 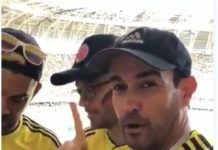 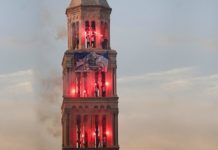 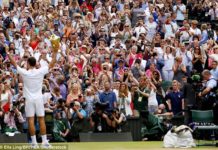 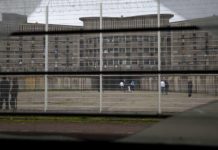