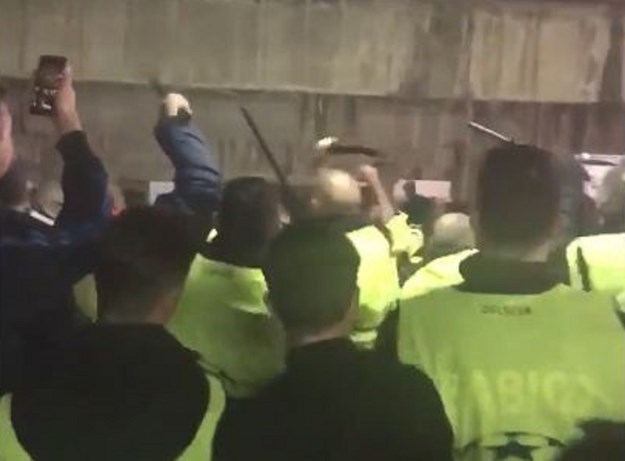 Chelshea fans at Camp Nou were exposed to the violence and the violence at the stadium. Testimonies and recordings testify to this.

The Aggression of the Order's Force exacerbates them more than their 0: 3 defeat at the back of the eighth finals of the LP and dropping out of the competition.

Social networks are expanding the testimony of a Chelsea fan and the footage he has provided:

After the match, like all Chelsea fans around me, I calmly left the forum and walked through the hallway of the stadium. Then the police officer and sheriff's guards ran along with the jammed sticks that were in no way banged in any way. They leaned us in a narrow corridor, and even when the fans, including the children, fell on the floor, they continued to beat us and push. We older we could choose whether to get a blow or scare the kids. I stood up and gestured to the child lying on the floor, begging the security guard to stop hitting, to which he fired with all his power on hand. At the same time security guards beat my dad. As he tried to protect his hands on the floor, he got a tread on his back. I saw a man with a bloody head and hitting a cheerleader after his leg was injured.

I'm upset because there was no occasion for such a brutal and organized attack. I'm going to play for seven years and I have never seen anything like this. ” 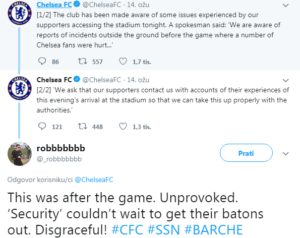