Who’s England’s most dangerous fanbase today? The mainstream press have done their best to analyse the statistics released from the Football Banning Order Authority. But is it a true representation? Does it take into account the number of arrests as a proportion of the clubs’ fanbases? Or even the nature of those arrests?

Putting anecdotal evidence and tales from the terraces aside, here’s the top five most dangerous fanbases in English football today based on the statistics collected on the front line by Police Football Intelligence Officers.

Arguably the most well-known fanbase on the list. The Service Crew of Leeds United F.C. come in at No. 5. Despite a long history of violence and a reputation that spans the globe, their 101 arrests only account for 0.47 percent of the total 21,572 in attendance on their average matchday. It could therefore be argued the “danger” is diluted.

But don’t be fooled into thinking Elland Road is the new Disneyland. Far from it. Sam Casey of the Yorkshire Evening Post reports a dramatic rise in fans arrested compared to last year, “roughly 63 percent more than the 62 arrested in the 2011-12 season.”

This, coupled with their infamous reputation, means this list would not be complete without the The Service Crew of Leeds United F.C.

Taking fourth place on the list is Scunthorpe United F.C. Although there was only 38 reported arrests last year—and 26 of these were for the arguably less serious offence of “public disorder”—they also had an average match attendance of 3,464. This means 1.09 percent of their fanbase on game day has been arrested. Amazingly, that’s over 1 in 100.

This statistic alone means Scunthorpe United F.C is deserving of a place on the list. But cementing their entry was a pitch invasion that occurred on the last game of the season against Swindon Town. Although they won 3-1, it wasn’t enough to save them from relegation. Nor was it enough in the eyes of the 10 fans arrested for “pitch incursion.”

The incident made the Scunthorpe Telegraph and police had to bring in additional resources to contain the situation, both inside and outside the stadium. A spokeswoman for Humberside Police said, “Police were on duty at the match and additional resources were called in due to the atmosphere within the ground during the game.”

Labelled England’s worst club by the Daily Mirror, Newcastle United only make third on the list. Despite having the most arrests with 175, they also have 50,517 fans in attendance on an average matchday. This means that only 0.35 percent of the spectators on a matchday have ever been arrested. Like Leeds United F.C, it could be argued the “danger” is diluted.

But not completely, hence the “podium finish” as they do top the table for number of arrests for “violent disorder” at 114. Many of these incidents have been made famous by a former member of Newcastle’s notorious Gremlins gang, Mark Mennim, in his new book. Even more infamous may be the incident in which a fan punched a police horse during Newcastle’s defeat to Sunderland in October last year, which made the national news.

The truth is first and second were very close to call. This is because both share the crown for the most infamous tear-up of last season.

But the runner-up spot goes to Shrewsbury Town F.C., a small club housed in a historic market town that manages to squeeze a mere 5,735 through its gates on an average matchday. Yet 0.45 percent of those in attendance have been arrested. That’s 26 in total. Whilst this isn’t the most arrests you’ll have seen on this list, it’s a high proportion and again it’s the nature of them.

Of those 26 arrests, 20 were for “violent disorder.” That’s over 75 percent. This is why the firm known as the English Border Front are now recognised internationally. It’s also why in 1998, before the FIFA World Cup in France, a list of English hooligans was sent to the press in which members of the English Border Front were specifically mentioned.

So although a small club from a small town, Shrewsbury Town F.C. make second place.

So, after analysing thousands of stats it seems the most dangerous fanbase lies in the West Midlands in the form of Walsall. With 42 total arrests this accounts for 0.99 percent of their average matchday attendance of 4,234. That’s not as many as Scunthorpe United F.C who have more than 1 in every 100. But again it’s the nature of these 42 arrests.

Fifteen were for “violent disorder.” One was for possession of an offensive weapon, and one such incident with our second-placed firm brought the town of Shrewsbury to a standstill on October the 14th last year, costing the public £60,000 in damages.

For those wondering why the more “established” firms such as the Millwall Bushwackers, the Inter City Firm of West Ham or the Chelsea Headhunters are not featured. Yes, it could be argued they have just become more adept at evading the authorities, and I’ll be the first to admit their reputation alone probably warrants them being on the list. But that is speculative and hard to measure. Based on the statistics from the Football Banning Order Authority from last year, Walsall are crowned English football’s most dangerous fanbase today. 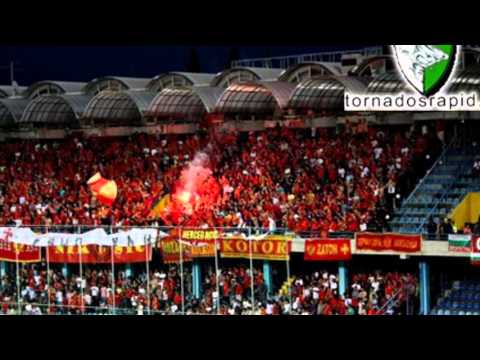 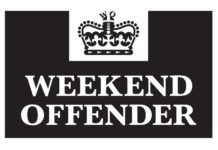