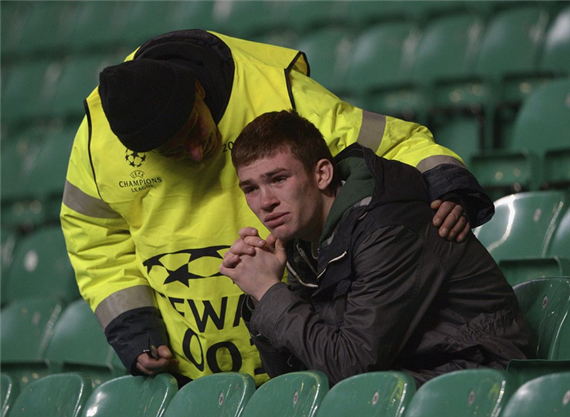 Most of the games, from sports to political, take place in front of the audience. Fanning the audience for one side, and against the other, is one of the very widespread phenomena in various aspects of social life. As winding is the source of various intense emotions, from very pleasant to very unpleasant, it is good to understand the mental processes involved in it.

The basic mechanism for winding is identification or identification. During the rehearsal, the fan unconsciously puts a sign of equality between himself and the one for whom he is cheering. On the other side, the fanatic is perceived as part of himself, as some kind of “extension” of his personality and his body. For this reason, fans sometimes make unintentional moves as if they are in a competitive situation or before the TV “summons” the person or the people they are wishing to do best.

The consequence of such a psychological relationship is that the success of the players in the field is at the same time the success of the cheerleader. Drama on the field, when the parties alternately take advantage, follow the fans’ very intense feelings, from happiness to anger and sorrow. The aim of each fan is to “win”, that the side with which it is identified is the winner. Thanks to the illusion that he and the side for which the fans are one – depending on the results after the game, various emotions emerge. If the person or team for which the cheerleader has won, the fan feels proud and pleased. These feelings are exactly the goal of every cheerleading, as well as the experience that we are “better” than “them”.

The problem occurs when a party, that is, the person or group of people for whom the fan is cheering – loses. As this loss is emotionally experienced as a fan's loss, he reacts with a strong disappointment, dissatisfaction, anger, but also with shame and feeling of lower value.

After losing a fan for his unpleasant, bad feelings can blame the side he's been fanning. While accepting the satisfaction and pride that come from its success, it, after failure, rejects dissatisfaction, shame, disappointment, and a feeling of lower value. In an attempt to protect himself from unpleasant feelings, he distances himself from the side he feels, blaming it for everything. As long as the rule was true: Your successes are mine, the rule now applies: Your failures are only yours. That's why once disappointed fans are very cruel in comments to a person or team that has previously been the subject of their admiration.

When organized into groups and sub-cultures, fearful fans can become violent towards a group that cheers on the opponent's side. This shows “those” that although their club this time has won – they are no better than “us”. 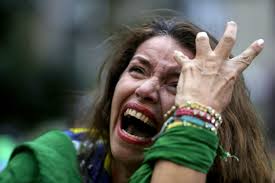 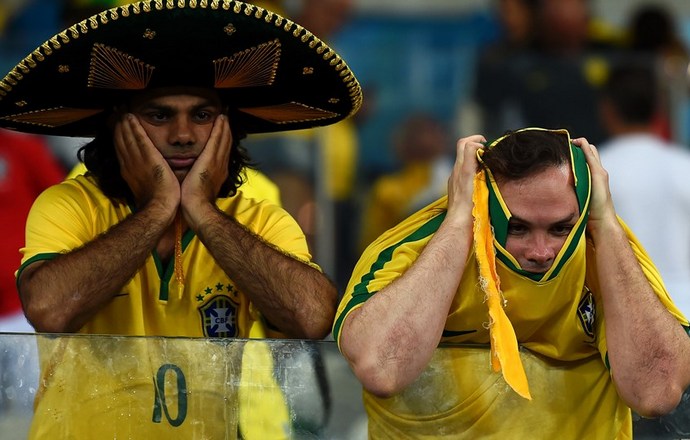 Fanning is a social phenomenon in which the “inner child” is most pronounced. Without children's identification and experience of belonging, winding is not so attractive at all.

Although the scandal of the crowd in the stadium provides a striking and spectacular scene, an even deeper impression leaves the behavior of a group of disparate fans of a sports team when, for example, they break the windows and stonize the police. This kind of violent behavior has its true roots in xenophobia, racism, anti-Semitism and ultimately human nature itself. When the behavior of the fan group is abused, then it is subject to all rules and regulations that characterize the behavior of the mob or crowd. As Gistav le Bon, the famous sociologist, explains, the group becomes a bunch only “under certain circumstances, when this critical mass of people gets new characteristics, very different from those of the individuals who make up that group.” Feelings, thoughts and actions begin to spread to the group as a disease, until everyone begins to act in the same way. Psychologically, the group begins to function according to the principles that originate from the unconscious part of the personality, and the instincts and instincts of the primitive man emerge. The affiliation to the group brings anonymity as unlimited power and liberation from personal responsibility. Also, the phenomenon of suggestiveness is more pronounced in the state of loss of personal identity, so that man becomes receptive to every kind of idea and work that is being performed by the group. What Le Bon called “loss of self”, later thinkers called “deindividualization”. The most important factor of deindividualization is anonymity. Zimbra's in vivo experiments (one of them known to the wide audience in the German film “Das Experiment”) showed that people in de-personalization show more pronounced tendency towards aggressive behavior. Several hundred volunteer participants in the experiment had the task of punishing false actors with electric shocks – actors when they give an inaccurate answer to an imaginary test of knowledge. Half of the participants wore masks that were hidden by their identity.

The “masked” gave twice as strong current and longer duration than those whose identity was known. Another factor of deindividuation is the so-called group responsibility. One experiment demonstrated that people avoided responsibility when they were in a crowd of other people and expected someone else to take action, not themselves. It was a chronic heart attack in two test situations – one was on the street among a multitude of people, and the other in the presence of only one person. In the first situation, people were passing by a man in agony – an actor who mimicked a heart attack – believing it was not their help and someone else would certainly do it. Otherwise, when they were alone, everyone, without exception, would come to the man for help. The second experiment was in the following way. People in the group were locked in the room for several hours. At one moment, smoke was released (as a suggestion of a fire hazard), which he tried under the door. People were silent and waited for someone else to point to danger, and it took them three to four times more time to react than when there was only one participant in the room. The History of Violence Diversion fans primarily follow manifestations in group sports, and most of the problems are given to football fans. Football has been associated with violence since its inception in the 13th century in England. Medieval “soccer” matches involved the participation of hundreds of players and actually represented the struggles of young men from rival villages and towns, which in this way solved personal misunderstandings and quarrels over land. Something similar to this “folk football” existed in other European countries (for example, “knappen” in Germany and florentine “calcio and costumes”), but the true root of football is considered this rather violent custom originated from England. It's not until 1900 that football has started to play as we know it today and essentially rests on fair-play rules. Nevertheless, the only period in British history that is not marked by some kind of unrest and violence in football matches is the period of the Second World War. Football hooliganism is a term that was coined by the media in the mid-sixties, at the time when television broadcasting of games began and when the working class accepted football as “its” sport. This term refers to spontaneously emerged riots in games, initiated by a group of fans, as well as organized violence and mutual gang fighting, the so-called “firms”. These gangs associate their identity with a particular football team, and direct their violent behavior to the gang of another team, and their conflicts are often not spatially or spatially linked to any particular game. The hooliganism of football fans spread first in England, at the end of the sixties, to reach the peak of the seventies and eighties of the twentieth century. The most notable were the Chelsea Headhunters and The Salford Reds of Manchester United. When riots broke out after the game of Luton and Milwaukee in 1985, the then president of the football association was called to talk with Margaret Thatcher, and the police even considered suspending domestic football throughout the season. After the tragedy of Hysel and Hilsboro, legal measures are being taken in England, and since then, there has been a decline in this type of violent behavior. Football war Today there are serious incidents in matches in England, as evidenced by an ever-increasing number of arrests from year to year. Such a trend is attributed to the tightening of the law and judicial bans on the presence of matches in the country and abroad to a large number of people – the convicted hooligans. However, English fans continue to be perceived as the most serious threat to order and peace in their teams’ matches in other countries. At the European Championship in 2004, the possibility of England being disqualified for the riot caused by her thirty-two fans was considered. Far from the fact that the English are the only nation facing the problem of football hooliganism. In 1968, more than seventy people died in a game in Buenos Aires. In 2002, the Argentine authorities announced that soccer-related violence had reached the national crisis, after finding that over the past decade, 40 people were killed in matches. One of the biggest tragedies occurred in Peru on May 24, 1964, when more than 300 supporters died and another 500 people were injured during the riot that broke out during the qualifying match for the Olympiad between Argentina and Peru. In 1969, El Salvador and Honduras had a short six-day conflict called the Football War, provoked by a series of three games that were to decide which of the two countries would take part in the 1970 World Cup. In the second game in San Salvador, Salvador fans were attacked by fans of Honduras and it was the catalyst of great political turbulence between the two countries.

Almost no country in which football is “the most important incidental thing in the world” has remained immune to football hooliganism. Although closely related to this sport, this kind of violent behavior has its true roots in xenophobia, racism, anti-Semitism and finally the very human nature itself. We have a little in politics. 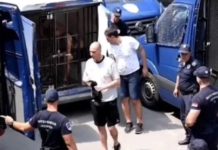 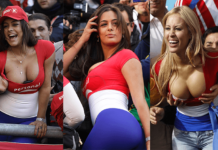 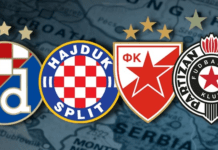