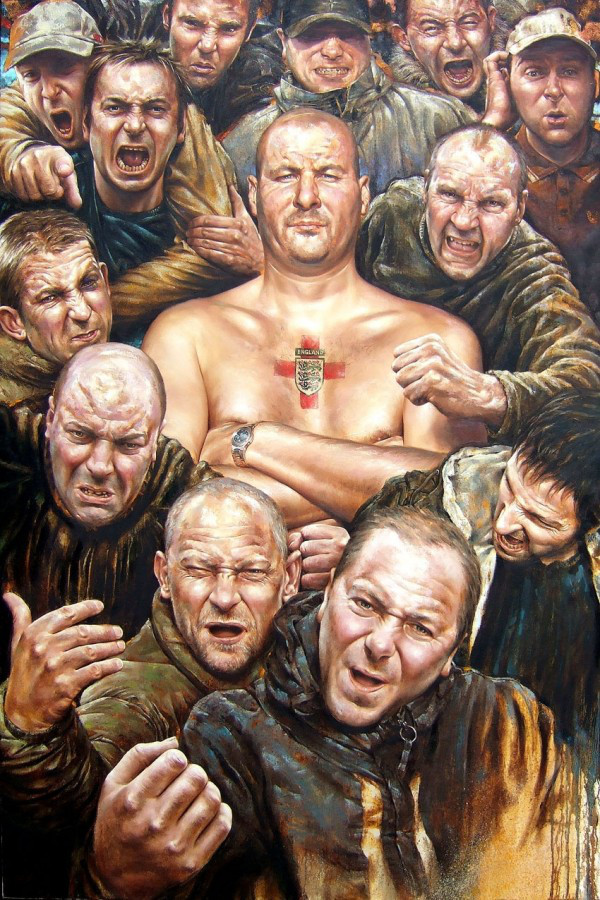 They’re as British as Page 3 girls or fish and chips – but they’re far from tasty, except when it comes to a brutal scrap. In fact, gangs of vicious soccer thugs leave a decidedly bad taste in the mouth. And if, while wearing the wrong colors, you chanced upon a troop of these yobbos after an English football match, you might soon be savoring the taste of blood and a gob full of smashed teeth. Football hooliganism may not be the problem it once was, but the names of some of its firms are enough to strike fear into the hearts of opposing supporters and bystanders alike. Here’s our list of seven of the most notorious.

The hooligan firm of infamous English football club Millwall, the Bushwackers take their (misspelled) name from the American Civil War ambushers, and no one would want to be attacked by these nasty Brits. They even had an improvised weapon named in their honor – the Millwall Brick, made of a newspaper and used to bash up rival fans. At the height of their activity in the 1980s, the Bushwackers stirred up serious ultra-violence during matches, and were responsible for some of the worst rioting and missile-throwing in British football. Not that they wouldn’t be proud of this. Although the firm is not the force it once was, in 2001 they slashed two of Wolverhampton’s firm in the face with stanley knives, while 2002 saw more bloodshed on the night of a Birmingham City play-off described by veteran police officers as the worst violence they had ever experienced. An unmatched rep for disorder.

Back in the late ’70s, the chant of “Zulu, Zulu!” on the streets of Birmingham could only have meant one thing: the Zulu Warriors, Birmingham City F.C.’s finest, spoiling for a fight. Known for having members of various ethnic backgrounds, this mob was one of the most feared of the ’80s – and they remain the cause of major ructions. Violent clashes with supporters of rival club Aston Villa are common on derby day, and the Zulus are known for fiercely defending their territory from invading firms. Amongst the many incidents the Zulus have triggered was a series of riots in Cardiff in 2001 which saw a pub smashed up, one person assaulted and nine more taken to hospital. Then in 2006, some 200 Birmingham fans tore down fencing separating them from Stoke fans after an FA Cup match, after which fighting broke out, and police were attacked in what a senior officer described as “extreme violence”.

The other notorious Birmingham based firm, the Aston Villa Hardcore are affiliated with the club otherwise known as The Villains. Although, like other firms, they have found themselves marginalized today, the Hardcore have a fierce reputation built on a foundation of causing major carnage. The “Battle of Rocky Lane” in 2002 witnessed some serious disorder in the Aston area after a match between Villa and Birmingham City which led to 15 arrests. Then in 2005, firm member, Steven Fowler, who had already been jailed for six months in the 2002 fight, was sent down for a further twelve for his part in organized bit of aggro between the Villa Hardcore and Chelsea’s Headhunters at London’s King’s Cross in 2004. Also in 2004, several Villa firms were involved in a running battle with QPR fans outside Villa Park in which a steward died. Dangerous to know; even more dangerous to cross.

A gang of hooligans mainly active from the 1970s to the 1990s, the feared Inter City Firm was tied to well known London club West Ham United. Named after the trains they traveled on for away matches, the Inter City Firm became identified by their habit of leaving a card on the prone bodies of those they attacked, reading: “Congratulations, you’ve just met the ICF.” Despite such practices, Cass Pennant, a black Londoner and former general of the Inter City Firm, maintains that, unlike many other groups of its kind, the ICF was neither racist nor neo-Nazi. Still, nice folks they most certainly were not. Numerous instances of their extreme violent behavior have been documented, often against rival London firms such as Millwall’s Bushwackers, with tear ups and attacks on pubs being the disorder of the day. Vicious thugs not to be crossed by anyone unless they happen to like hospitals.

Linked with English Premier League team Portsmouth F.C., and named after the 6.57am train they would take to London’s Waterloo Station on a Saturday, the 6.57 Crew were one of the major firms during the 1980s, causing mayhem across the country. Spoiling for fights has remained high on the agenda for this squad of south coast louts. In 2001, they fought with Coventry City fans at an away game, ripping up seats and throwing missiles at their rivals. In 2004, 93 were arrested – including a 10-year-old boy who became the UK’s youngest-ever convicted football hooligan – for their part in mass riots before and after a match against rivals Southampton, where police were attacked and shops looted. Over one hundred Portsmouth hooligans were banned from traveling to the 2006 World Cup in Germany because of convictions for football-related crime. Firm but far from friendly.

Just as Manchester United is one of the biggest football clubs in the beautiful game, so their fanatical firm, the Red Army, is said to have had the largest numbers at the height of Britain’s hooligan problem. While the name the Red Army is also used to refer to Man U’s fans in general, in the mid-’70s the name became synonymous with some of the defining incidents in British hooliganism, notoriously in 1974-75 when United had been relegated from the top flight of English football for one season and hordes of thugs wreaked havoc at stadiums up and down the country, sometimes outnumbering the home support. Their activities led to the introduction of crowd segregation and fencing at football grounds in England. Mass tear ups with other firms are well documented, with the 1985 documentary ‘Hooligan’ showing the Red Army clashing with West Ham’s Inter City Firm around Manchester. Mob rules.

With a name like the Headhunters you know this gang of thugs mean business. Linked to famous London club Chelsea, these mean geezers are notorious for their racism, with links to far right groups like the National Front and the paramilitary Combat 18. In 1999 the Headhunters were infiltrated by an undercover BBC reporter who posed as a wannabe member but got the wrong lion tattoo – a risky mistake that raised eyebrows among the hardcore. Former firm dieharder Kevin Whitton was sentenced to life imprisonment in 1985 after an attack seen as one of England’s worst incidents of football hooliganism. After Chelsea had lost, Whitton and others stormed a pub chanting: “War, war, war.” When they left minutes later the American bar manager lay close to death, with one of the hooligans shouting: “You bloody Americans. Coming here taking our jobs.” Nuff said. 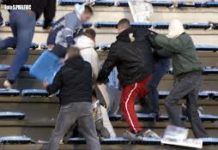 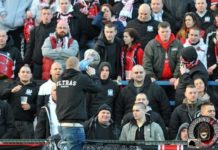 15 Maja, 2018
Spartak Trnava fans clashed with security away to Zilina. Unhappy with the result when their... 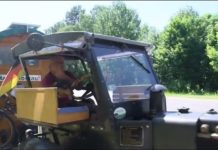