– Hello mate, introduce yourself & tell us a little bit about your movement.
– Hi there, my name is Sergey, I represent «Ultras Dinamo». Our organization was created in 2009 and was named at first as «Ultras Dinastia» («Ultras Dinasty»), but for some reasons we changed our name to what you can see now. At this moment we are the main group that is involved in active support during football and ice hockey matches.
These are two main and foreground activity directions for us. However, this year we didn`t make a qualitative leap during football matches, but we look forward to make some changes. Everything is good during ice hockey matches, but ice hockey public is rather specific, so it`s hard to draw conclusions.
In Russia we are clearly the leaders and if more ultras/casuals/hools will attend ice hockey matches – we`ll compete with European ice hockey ultras scene, despite some differences between our and European styles of support. We were told that there are some guys in Helsinki that show a good level in support. We`ll check it, when we`ll go to an away game there soon.

– Do you have any allies?
– If we are talking about our movement – we are a «Project» of Patriots (hooligans group). They are our main mentors and elder comrades. Also we have good relations with Patriots youngsters – «Molodci», they were also a part of «Ultras Dinamo», but now it`s an independent group.
Also we have good relations with Red-Blue (CSKA Moscow) and young groups. So, generally, all right and good lads try to stick together no matter what.

– What about your enemies?
– Everyone knows it`s – Spartak & Zenit. From my point of view, for those who had ever heard about Russian Ultras scene – it`s not a surprise. I won`t mark anyone from the other side of the fence – they are all similar. But it`s another story.

– Tell us about your stadium performances.
– We try to use as much stuff as possible, no matter what rank of opponents we have. Because, as we all know, Russian proverb says «Stability is a sign of Skill/Mastery»(«Practice doesn’t make perfect, practice makes permanent»). We try to teach guys to use stuff during matches, because we bring on our terraces much more stuff that our fans use. Off course on derby days and other top matches we make a performance. But because of some financial troubles it`s not always looks like as good as we plan. Also we don`t ask our Football Club and it`s official structures for any financial support, so everything we make – we do ourselves.
It`s hard to accumulate enough money for us, as CSKA, Spartak and Zenit can do, because of lazy and not active public in our movement. First part of the season 14/15 was disastrous for us, I hope we`ll correct the situation. During Ice Hockey matches everything is easier! There exists a good fan club with which we have very close cooperation. They don`t depend on the club support, have some kind of financial independence and very interested in our common progress. So, during football matches situation is worse, but we`ll bring discipline.

– Can you rank your movement comparing with other movements in Russia?
– If we are talking about Dynamo movement in common and objective – the fact is that we close the list of our main Moscow rivals. Here are some reasons:
– Our home stadium is in Khimki city (Moscow «satellite» city,), so it kills attendance.
– Small increase of new active guys on fan sector.
– Some internal misunderstandings…

– What are your thoughts about the scene in Europe? Who`s number one?
– If we talk specifically about the clubs, then in terms of choreography I was always surprised by Rapid Vienna, 7-10 performances during one match is unreal. And if we talk more broadly, at the moment I can mark Italy and Germany, maybe Dresden, Dortmund…

– Which teams would you like Dynamo Moscow to meet in the future? With whom you never played before?
– Due to the fact that we are not frequent visitors in Europe i`m not ready to name someone. Every city/FC is interesting on it`s own. Off course it will be a pleasure to meet our brothers-serbs from OFK Beograd, I hope it will happen one day. If talking about Russian clubs, here I can`t mark anyone and some of them I prefer not to see under no circumstances. (Russian guys know who I mean =). 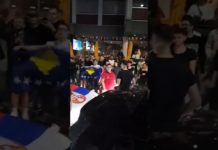 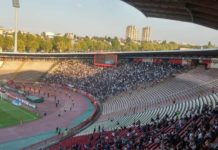 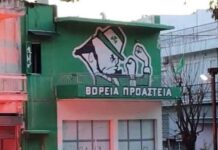 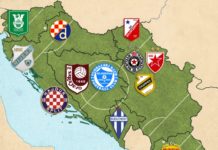 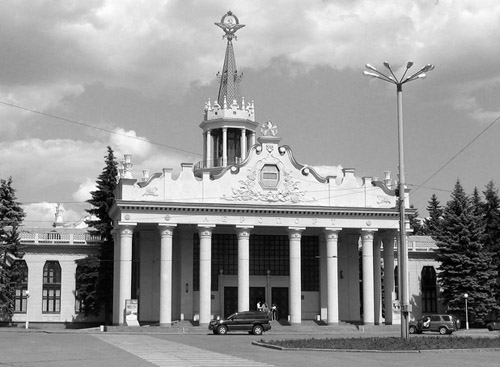